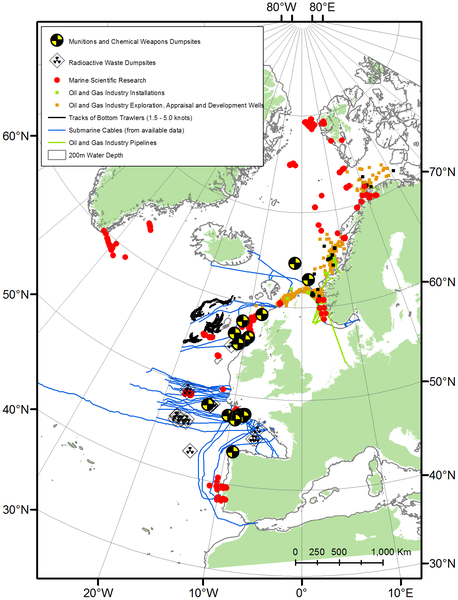 I could write about a detailed account of a new study in PLoS One.  I could discuss how the researchers imported information on the spatial extent of marine scientific research, submarine communication cables, radioactive waste disposal, munitions and chemical weapons waste disposal, military operations, oil and gas industry, and bottom trawling OSPAR maritime area of the North East Atlantic. I could also mention that this is the first explicit analysis of the extent of human impacts on the deep sea. But those would just cloud the point you should take home.

The study estimated the total area of physical imprint in just 2005 in the just OSPAR area to be around 28,000 km2. The activity with the greatest spatial impact…bottom trawling. This estimate doesn’t even consider that most of the areas were trawled 2-3 times over the year.

One Reply to “Our Impacts on the Deep”