Well I’m back in the lab after two solid weeks in the field.  I rented a new car with 6 miles on the odometer and by the time I returned it the gauge read 1713 (I got quite the bug-eyed response from the Hertz Employee).  My point?  I drove all over the Gulf—From Grand Isle, LA to Panama City, FL—and found oil everywhere I went.  Even on beaches with no visible signs of oil, there was always indirect evidence (BP crews working, recent evidence of cleaning).  It didn’t always smell, but it was definitely there.

I last sent and update from Alabama/Mississippi, but after that I moved on to Florida.  Note to our younger readers: if you choose a career in marine meiofauna research, you will need to go “sampling” and spend weeks on white sand beaches like this: 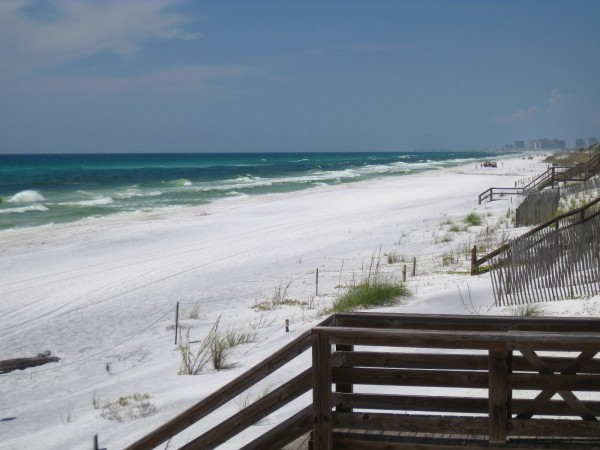 Woe is me, I must do fieldwork in this tropical paradise! South Walton Beach, FL

Do those trainers at Sea World get to do awesome fieldwork like this?  The answer is no.  They are stuck in a tiny pool all day wearing wetsuits that probably chafe like hell.  One word of warning, sampling can be very hard work (especially solo) and you may need to conduct staged photo-ops like this in order to keep up morale: 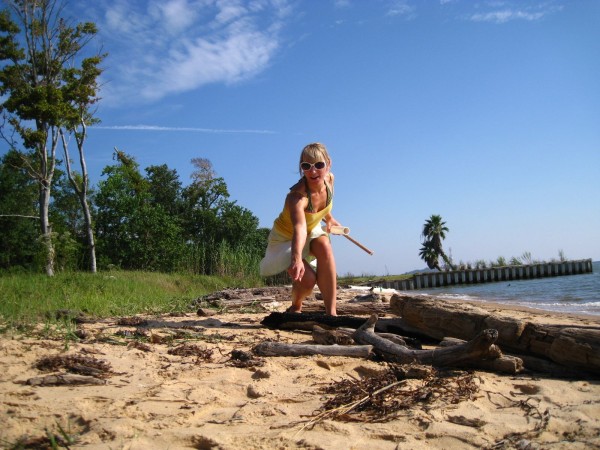 Look! I spotted some oil!

I didn’t expect to find oil on most of the Florida beaches, so the evidence took me by surprise.  I went as far East as Panama City, hoping to use that beach as my non-affected control site, but there was even oil there!  The sand on the lower half of the beach had a distinct rusty tinge, and when I dug down through the sand I found it speckled with oil droplets and discoloured layers (I dug down pretty deep too, 2+ feet).  Gulf Islands National Seashore had cleaning crews and was handing out ‘what to do if you see oil’ leaflets—it really made my heart sink to be confronted with oil hitting such pristine, wild reserves. 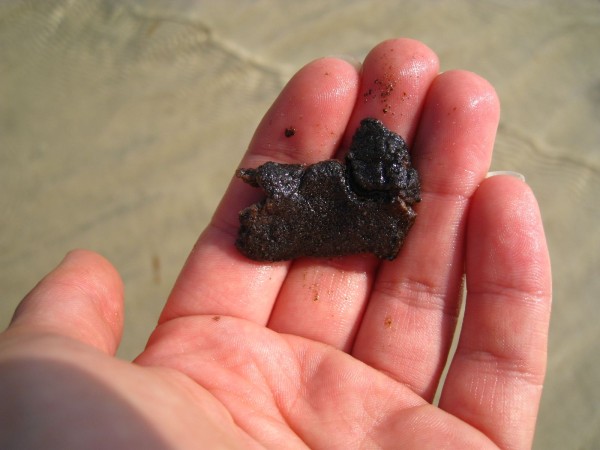 I also had the pleasure of running into Mike Sturdivant from Surf Riders who was a fellow sampler on the beaches in South Walton, FL.  He gave me some disturbing time-lapse pictures and was a great source of knowledge.

The exact beach at South Walton, FL (see my picture, above) looked like this the week before (Mike’s photos–massive crab kills, dead sand fleas, washed-up slugs, globs of black algae, overwhelming rotten smell—apparently these types of things never happened before the spill, and Surf Riders have been patrolling these beaches for years): 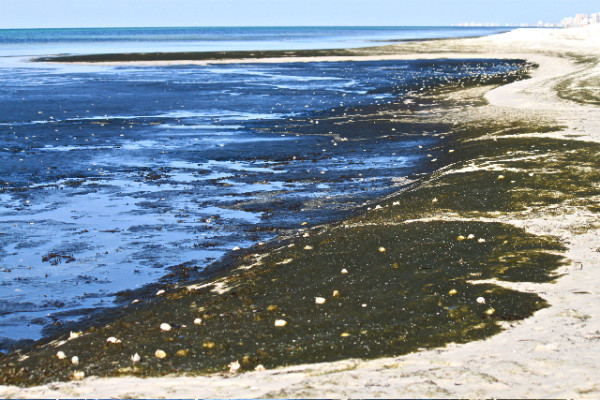 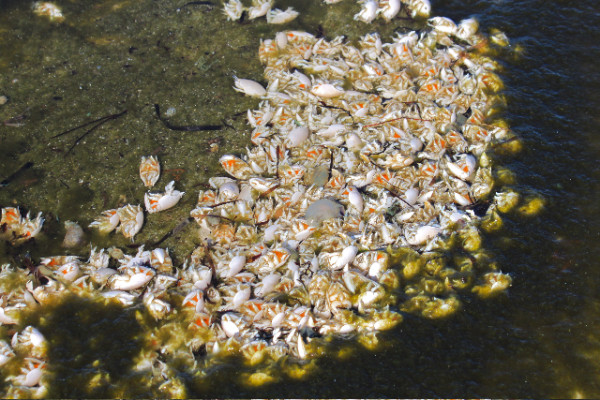 This week, there were more dead sand fleas and tarballs in South Walton (See Mike’s Facebook page for photos and ongoing updates).  Clearly these beaches are still being affected, and oil continues to wash up despite the waning media attention and slow dissolution of cleaning crews.