This Hydrodome BOB Breathing Observation Bubble is basically an underwater scooter type with a helmet that allows the rider to breathe while underwater. Isn’t that what you have been looking for? Yup, it will make scuba diving much easier, and of course, safer.

I like the fact is makes you look like your on the set for 70’s Cousteau film or Bond film. Just what I need to carry out my evil plans to take over the world!  Bwahahahahahaha 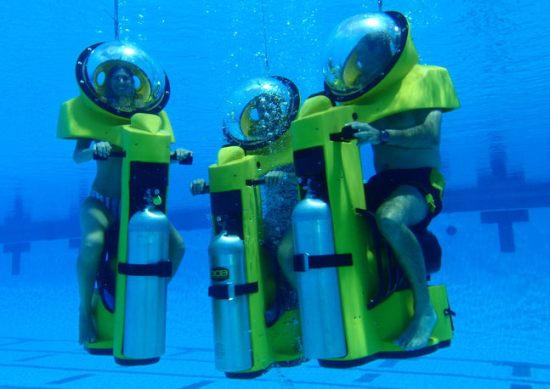 via Scuba Diving Gets Easier With HydroBOB | Walyou.