Continuing its trend as one of the top destinations for out-of-this-world fossil finds, China is yielding yet another piece to the evolutionary jigsaw puzzle. In a recent PLoS One article, Han and colleagues report the findings of a new squishy sea anemone from the Lower Cambrian. The new find lends support to genetic data that suggests anthozoans (anenomes, corals, octocorals and their kin) were one the first Cnidarian groups to diversify.

Squishy animals, like anemones, are very rare in the fossil record because they typically decay away before fossilization occurs. Since they have no hard parts, like corals, there is little trace left of their existence. Yet we know they must have existed at some point since we see a diverse array of soft-bodied animals living today. There are only few known fossil deposits in the world that have locked away within them a whole treasure trove of evolutionary history. The China deposits are in areas of Phosphorite rocks. It is thought that sulfur-oxidizing bacteria in heavily phosphate-laden seas produced the favorable conditions to the preservation of soft-bodied organisms.

These anemone-like fossils are microfossils, making for an even rarer find, measuring only one half of a millimeter in diameter and height. They are wonderfully preserved and the using a high-powered scanning electron microscope (SEM) they were able to capture the rich detail of the animal’s final moment (see figure below). Dubbed Eolympia pediculata (in honor of the Beijing 2008 Summer Games and the stalk-like pedicle: ‘pe’ in figure below), they are characterized by a long slender stalk, called a pedicle, 18 mesenteries, and their exceptionally small size. 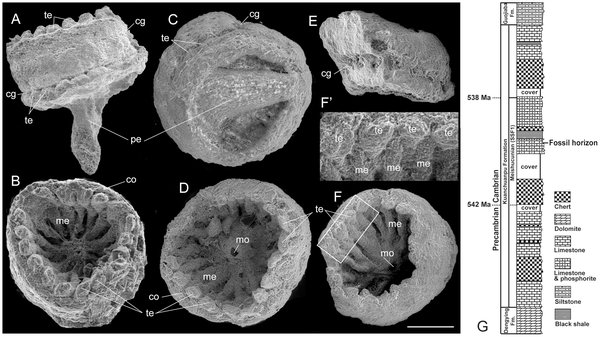 Figure 1 from Han et al. 2010 and redistributed under a CC license.

Mesenteries are are important characters in Cnidarian biology. They are radial separations, like spokes on a bicycle wheel, that develop from the body wall inward towards the actinopharynx (‘ap’ in figure below), which is sort of like the ‘mouth’ of an anemone, or the hub of the wheel. Anemones differ in how many mesenteries they have, how many are complete (i.e. reaching all the way from body wall to actinopharynx) or incomplete, how many are fertile (i.e. which carry eggs or sperm), and whether they are connected all the way from top to bottom or not. These are all traits that taxonomists use to group species of anemones together. Han and colleagues were able to computer aided microtomographic (micro-CT) scanning to peer inside the fossilized anemone to understand how its mesenteries were arranged (see figure below). Eolympia pediculata has 18 mesenteries, a feature which they describe as “exceptional”, but not unheard of. This pattern is found in 2 families of extant anemones. 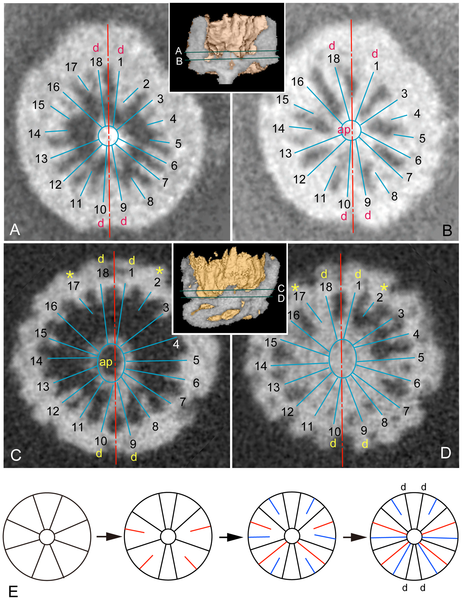 Eolympia pediculata appears to be the first well-preserved anemone-like fossil with preserved internal anatomy. Though other anemone-like or indeterminate Cnidarian fossils have appeared in the strata earlier, up to the Precambrian, or later in the upper Cambrian, none have had internal structure so well-preserved as Eolympia pediculata. The new information is critical because it helps to constrain where along the Cnidarian tree of life the fossil diversified from its ancestors. In this case Eolympia appears to be well within the Anthozoa and shares all characteristics of the Hexacorallia (sea anemones and corals). Because of this similarity with Hexcorallians, and the paucity of Cambrian anemone fossils, it is difficult to say for certain whether Eolympia represents a stem species to the group. Han and colleagues suggest that the Ceriantharia, a group that continuously forms unpaired complete mesenteries, might be considered a sister group to the Hexacorallia. If this is the case, then Eolympia pediculata would be de facto the stem species of the Hexacorallia. We wouldn’t even be able to make this argument if not for the excellent “innard” preservation of the fossil and the attention to detail by these authors to studying such a minute, important fossil!