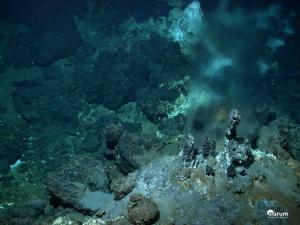 Scientists from the MARUM Center for Marine Environmental Sciences and the Max Planck Institute for Marine Microbiology in Bremen on board the German research vessel Meteor have discovered a new hydrothermal vent 500 kilometres south-west of the Azores.