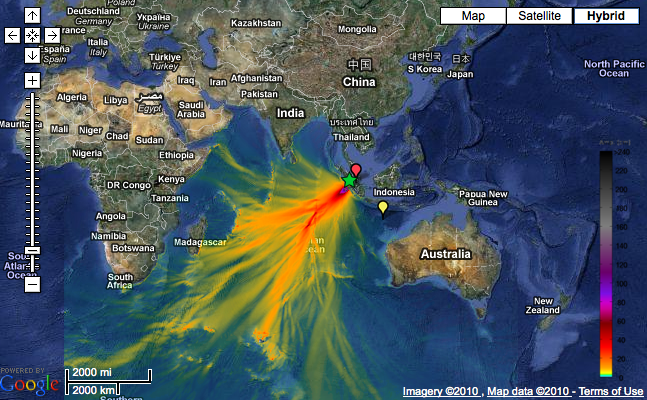 The Indonesia tsunami event was generated by a Mw 7.7 earthquake (3.484°S, 100.114°E ), at 14:42:22 UTC, 240 km (150 miles) W of Bengkulu, Sumatra, Indonesia (according to the USGS). In a little under 2 hours, the tsunami was first recorded at DART® buoy 56001 and in a little under 3 hours, the tsunami was recorded at DART® buoy 56003. Forecast results shown below were created with the NOAA forecast method using MOST model with the tsunami source inferred from DART® data. The tsunami waves first arrived at Padang (approximately 270 Km from the earthquake epicenter ), at 15:47 UTC, about 65 minutes after the earthquake. The DART data and model inversion indicate that the tsunami may be larger than the earthquake magnitude of 7.7 suggests.