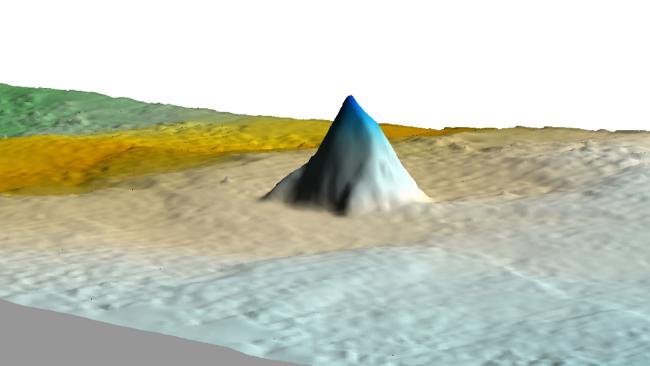 SARDI scientists have discovered an extinct volcano (800m across and 200m high) 2km below the surface and 100 nautical miles offshore in a protected area of the Great Australian Bight. They were mapping a strip of seabed in the middle of the Benthic Protection Zone and tripped over the feature, now named “Anna’s Pimple”.

One Reply to “Say Hello to Anna’s Pimple”