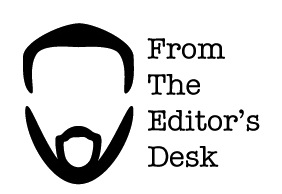 In 2007, there was a peer-reviewed article published by Arthur Robinson, Noah Robinson, and Willie Soon titles “Environmental Effects of Increased Carbon Dioxide.” Just focusing on the title, what is the first that comes to your mind? Do you think this is an article describing the latest research on how human-generated carbon dioxide emissions into the atmosphere is changing the world around us? Does it sound authoritative, perhaps relaying a great body of information to make a slam dunk argument? Well, I have news for you. This article was published in the Journal of American Physicians and Surgeons and was pure bullshit culminating some of my favorite lines ever:

“The CO2 produced does, however, accelerate the growth rates of plants and also permits plants to grow in drier regions. Animal life, which depends upon plants, also flourishes, and the diversity of plant and animal life is increased.[…] We are living in an increasingly lush environment of plants and animals as a result of this CO2 increase. Our children will therefore enjoy an Earth with far more plant and animal life than that with which we now are blessed.”

Did you get that? CO2 is what plants crave! Because this article is published in a journal that purports to be peer-reviewed and has a focused and definitive sounding title you may have believed that Robsinson and colleagues were presenting work that accurately detailed how climate change has affected our planet’s natural cycles.  As a layperson or a politician, it may even be used to get you off of the “global warming fence” or as evidence from the scientific community that may support legislative actions. And you would be taken for a ride. In fact, you would be taken through a veritable roller coaster of non-truths, dishonest use of the scientific literature, pure unadulterated bullshit and mangling of facts. The issue is further agenda-ized by the extremophiles in well-funded lobbying firms and congress (democrats are not exempt from this either). After the last election there is more worry that time and resources will be wasted on climate research hearings that put scientists on trial. With the new republican crop vying for position on the House energy committee, this will very well be a reality.

Many of the climate contrarian arguments are low-hanging fruit for scientists who know better. But that’s the point. WE know better, but do they? Hell, do you? Plants love CO2, so wouldn’t more of it be great? In fact if we put more CO2 in the atmosphere for plants, more plants will grow and biodiversity will most certainly increase, right? Methane concentrations are leveling off in the atmosphere, so its not a problem anymore, correct? Satellites are unreliable, right? Even though they are reliable enough for a whole profusion of other important measurements that we depend on each day is not important. Entering the contrarian arena is to wish for a death by a thousand facepalms.

The call to arms has been answered long before today. Climate Shifts, Real Climate, Class M, A Few Things Ill Considered, and a plethora of fantastic blogs (check the blogrolls of the aforementioned blogs) have been devoting their blogspace on this topic for years. We’ve touched on it here throughout the last 4 -5 years. Andy Revkin’s DotEarth and The Intersection, discuss climate change at length, and the list continues. The need for a bullshit detector was just realized by the American Geophysical Union (AGU), which the LA Times reports that today the AGU will announce that “700 climate scientists have agreed to speak out as experts on questions about global warming and the role of man-made air pollution”.

“This group feels strongly that science and politics can’t be divorced and that we need to take bold measures to not only communicate science but also to aggressively engage the denialists and politicians who attack climate science and its scientists,” said Scott Mandia, professor of physical sciences at Suffolk County Community College in New York.

“We are taking the fight to them because we are … tired of taking the hits. The notion that truth will prevail is not working. The truth has been out there for the past two decades, and nothing has changed.

Scientists are finally as mad as hell and we’re not going to take it anymore! And for good reason, our jobs and funding are on the line, as well as the science literacy of the American public. The Yale Project on Climate Change Communication surveyed the American public (download report from here) and found that out of all respondents, only 1 in 10 felt “very well-informed” about climate change. Other telling highlights include:

3)   42% believed that since scientists can’t predict the weather more than a few days in advance, they can’t possibly predict the climate of the future

4)   33% believe that since the Earth’s climate changed naturally in the past, humans cannot be the cause of global warming today.

There rest of the statistics are just as depressing. It is clear there is a need for more communication about climate research. Journalists are not getting the message right all the time and scientists can’t seem to communicate effectively, but it is vital that scientists do communicate more. Andy Revkin suggested that scientists are “wise to explain and defend their science” and warned that,

If a scientist wants to join the policy fray and retain credibility, a vital step is to distinguish between assertions supported by data and those framed by personal values.

So what’s needed now is a serious effort to understand how expert information is taken up by the public (and key opinion leaders) and how to best inform them. The professional societies, the National Academies, the [nonprofit groups], the philanthropy community, and individual natural and social scientists all need to do more. Regardless of the particulars of the ultimate policy response, clearer, more reliable, trusted sources of organized information is needed. I’m on the board of  Climate Central, one such effort. We need many in different niches.

I am hoping to create such a niche here at Deep Sea News and devote much of my blogspace (not all of it, don’t worry!) to debunking contrarian misuse of the climate change science. The communication issue is probably the most important, pressing issue of our time right now. We’ve all heard the argument that we must change our behavior now to stop global warming from happening. Well, that ain’t going to happen, and certainly within any of our lifetimes. The cogs are in motion and its going to take a while before they slow down. Greenhouse gases have a residence time in the atmosphere and won’t go away overnight. The American public is not known for their patience as evidenced by this last election.

What is at stake here is the public trust in science as a process for discovery, examining phenomena, and making useful predictions based upon evidence. Communication is the key to solving problems, it is also an area we have utterly failed at as scientists. I’m not talking about our use of jargon, the number of people we reach, or changing minds of fence-sitters. I mean the fact that misinformation can spread far beyond our reach and infect the minds of all the “average Joes” and affect the policies of the already agenda-laden Washington politicians. It is a combination of not crafting the right message and being out-communicated. We need more scientists standing up for their methods and data and screaming with their heads out of the window at the top of their lungs “ENOUGH ALREADY! WE’RE MAD AS HELL AND WE’RE NOT TAKING IT ANYMORE! And this is why…”

5 Replies to “From the Editor’s Desk: Confronting Climate Contrarianism”