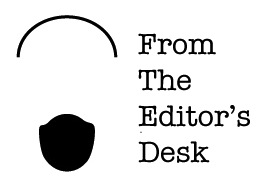 Color me surprised that there is still resistance against open access journals.

I was extremely flattered a few years ago to be invited to join the academic editors at PLoS One. In that time I worked diligently to develop a Marine and Aquatic Science hub at the journal. I have accumulated what I consider to be an experienced team of academic editors who were both committed to open access but well respected researchers in their fields. These include Zoe Finkel, Carlos Duarte, Geoffrey Trussell, John Bruno, Stuart Humphries, Stuart Sandin, and Steve Volmer, just to name a few. Despite my tenure at PLoS One being over I am still wholly dedicated to the open access movement.

For those of you who don’t know, or have a skewed view, here is what the open-access concept represents. Publications are full text, peer-reviewed articles that occur online and can be accessed at no charge to the user. Note that these are permanent and the review process is often designed for quick turnarounds between submission and publication. After acceptance, publication often occurs almost immediately. Papers are again free to download, copy, and distribute.

Why open access? Bora’s consistent championing of open access and some thoughtful words from Jonathan A. Eisen shaped my own thoughts on open access. One of the most important aspects of science is communication, both among scientists and between scientists and the public. How can this occur freely when scientific papers are hidden behind walls of memberships and subscription fees? Open-access journals can only make science more transparent. To state in another way, communication is a step of the Scientific Method and science that is hidden behind a wall is incomplete.

More importantly, what concerns me is that access to information and research often paid for by the public through taxes, has become a privilege of wealthy academic institutions and well-funded scientist or laboratories. A close friend of mine is the head science librarian for a university. His tales of dropping major journals as subscriptions rise is horrifying and all to common. Most universities are not increasing library budgets enough to meet drastic increases in journal subscriptions. Even well-funded, individual scientists can afford subscriptions to only a few journals thereby making much of the literature difficult at best to access. I encountered this all too frequently on my $12,500 year graduate stipend in Boston. This creates a disparity among researchers. Well-funded groups may continue to remain well-funded as access information allows them to remain cutting edge.

Another important aspect of Open Access is that it is also Immediate Access. When I search for literature and I find a reference, I need it today. I may not be able to afford week or more for an inter-library loan to come through or the author to mail me a reprint. I may be working under a deadline to submit a manuscript or grant. More importantly, waiting for information may provide an unnatural break in the flow of synthetic thinking as one is putting together ideas and concepts.

If you don’t believe that open access breaks down barriers, consider that open access articles are consistently cited more against disciplines. Lawrence (2001) found computer science articles that were openly accessible on the Web were cited more. In physics comparing OA and NOA articles in the same journal/year, OA articles have consistently more citations, the advantage varying from 36%-172% by discipline and year. Similar results were found for philosophy, political science, electrical and electronic engineering.

Something else worth considering…

Some journals have gone through great lengths to keep individual subscription fees down. I both subscribe and publish at these journals. But other journals have become enlisted in the megaconglomerate publishing houses that are for profit. And closed-access is a consequence of turning a profit. The dissemination of information should not be hindered because for-profit publishers must answer to share holders.

Kevin initially drew my attention to another issue particularly relevant to my research interests. Currently a biodiversity crisis is underway, which many have termed the sixth extinction. E.O. Wilson in 1993 suggested 30,000 species extinctions occur per year, roughly three per hour. How many species are there on earth? That is a tough nut to crack. An extremely conservative estimate would be 3-5 million, but it’s likely closer to 30-50 million. In the deep sea there may be as many as 10 million.

The other side of this crisis reflects our lack of knowledge of biodiversity on earth. Less than 2 million species have been described. By E.O.’s estimate we are losing species faster than they are being described. Alarmingly, many invertebrate phyla are now wholly ignored. Other groups lack taxonomic specialists to both revise taxonomy and to describe new species. The downfall in the number of taxonomist reflects both a lack of funding and, potentially more important, a lack of positions. Moreover, funding for taxonomic databases is lax and for multiple reasons several online initiatives have been largely unsuccessful.

Kevin over at his other and older blog points to another issue that bolstering the crisis.

Taxonomy has historically been relegated to the back alleys of the publishing world. In-house museum journals, obscure regional or specialty publications and even more obscure foreign language academy reports have hidden many species descriptions, revisions and monographs from the eyes of interested biologists.

Open access journals may prove an asset to reverse this issue. But considerable barriers still exist (see Bo-Christer Björk excellent write up for this).

7 Replies to “From The Editor’s Desk: The Case For Open Access”