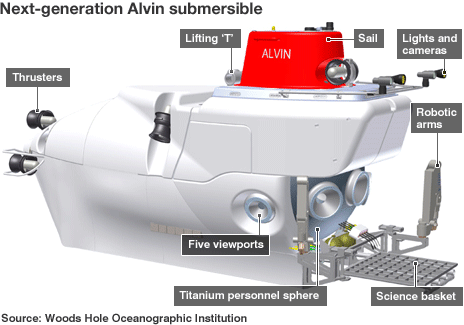 Alvin this week will begin a 40 million dollar overhaul.  The biggest retrofit in its 40 years of diving. Improvement include: