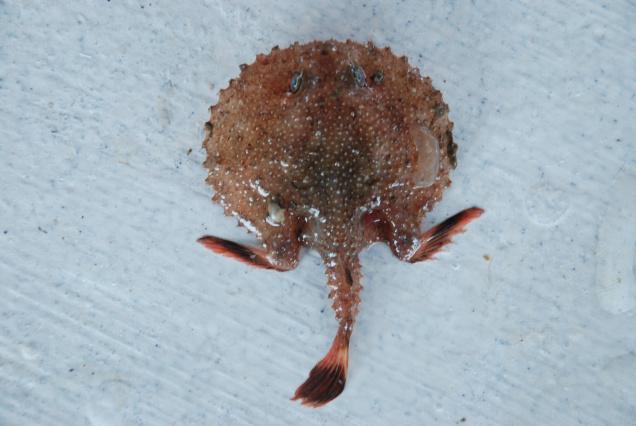 Photo from The Hindu

Three unique marine organisms, Deep Sea Smoky Bat fish, Grooved Razor fish and Frog crab, have been re-recorded from Indian waters after a gap of over a century. Cruises on board ocean research vessel ‘Sagar Sampda’ in the Bay of Bengal yielded the species…between August and September 2009. It took over a year for the identification and validation of the species, scientists of the Central Marine Fisheries Research Institute here said. Bat fish was first described by Alfred William Alcock in 1894 after it was spotted in the Bay of Bengal following surveys conducted on board ‘Investigator,’ the Royal Indian Marine Survey Ship.