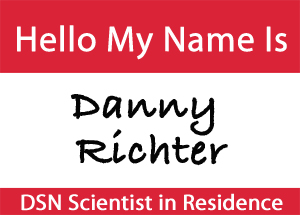 I thought it a good time to lay down a primer on how to talk with a climate skeptic, especially when they’re trying to swindle you.

First, it’s good to know that most skeptic arguments begin with a fact. At best, this fact is taken out of context. At worst, this fact (or data set) is deliberately altered to fit the skeptic’s case. The skeptic will then cling to this fact, hammering home how if this one fact is true, then there is no way the other millions of data points the IPCC used in context and without doctoring them could be true. If they’re a good skeptic, they’ll have 3 or 4 of these facts in their back pocket, and they’ll throw them out at you in succession.

Some of these facts are so good, they are used by skeptics over and over and over again, and there are in fact excellent websites dedicated to putting what truth exists in them back in context. Here are a couple that I have used repeatedly:

However, sometimes you’ll meet a skeptic with some really random piece of information that they’ll throw out at you which is not covered in one of these websites. On such territory, even the best climate scientists can sometimes founder because, knowing nothing about the source of the claim, and being a sucker for details (that’s how they became a scientist in the first place, after all) they can’t counter the assertion. Many a scientist has foundered on these rocky shores, and lost in the court of public opinion despite their superior technical training and knowledge.

The lesson I have drawn from this sad, over-played drama is: do as the skeptics do. Have one good argument that is easy to understand. Keep coming back to it. Make the argument such that if it is true, all skeptic arguments must be false. Don’t let the skeptic drag you into details you don’t know, because they are irrelevant. The argument I have come up with is based on three simple questions:

As you may have guessed, the answer to all three arguments is “yes”. Expanding further:

Point 1: We have known that CO2 has trapped heat for over 150 years. We know because John Tyndall (the same guy who figured out why the sky is blue, as it turns out) stuck some CO2 in a box with a thermometer in it, shone some light through it, and found that the temp was higher when there was more CO2. Not exactly rocket science, but NASA still finds it worth putting on the web.

Point 3: Turns out, we’ve emitted twice as much CO2 from the burning of fossil fuels as is necessary to account for the rise in CO2. The other half has been absorbed by our friend the ocean, and is causing ocean acidification. The data go back to 1751, and come from fuel production data. You can get the data yourself here. Sabine et al., 2004 in Science has a good and simple breakdown of the sizes of the sources and sinks of CO2 for the last 200 years.

In summary, CO2 traps heat, the concentration of CO2 is rising, and humans have dumped twice as much CO2 into the atmosphere as is necessary to account for that rise. We have a gun, the gun is smoking, and we pulled the trigger.

Stick to this argument, and you can win in the court of public opinion. The court of science ruled long ago, so public opinion is now the only court that matters. You’re not talking with words that put people to sleep immideately like “regional variability”, “Pleistocene”, or “adiabatic lapse rate”. Your talking about words that people understand. “Box”. “Temperature”. “Burn”. “Twice”. The only thing that might get them is “CO2”. But if they can’t stay awake for that, then you’re wasting your time.