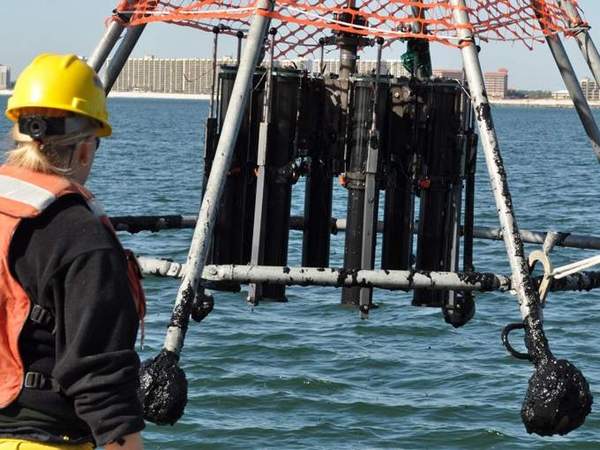 Just off the Florida Panhandle coastline, within site of Perdido Key, an underwater mass of dead sea life that appears to be growing as microscopic algae and bacteria get trapped and die has been found by scientists. Early samples indicate the glob is at least 3 feet thick and spans two-thirds of a mile parallel to the coast. No one knows where it came from or where it will go.Scientists are trying to determine if oil from last year’s Deepwater Horizon disaster led to the glob. But tests so far have found no sign of oil. “It seems to be a combination of algae and bacteria,” said David Hollander, a chemical oceanographer with the University of South Florida, describing the substance as “extraordinarily sticky” and toxic. While scientists have drawn no conclusions about the gooey mat’s origin, they are not ruling out a potential connection to the oil spill. Oil gummed and slicked that part of the Gulf for 30 to 40 days during the three-month well gusher, which pumped 186 million to 227 million gallons of crude into the Gulf.

Time to hide the kids…hide the wife