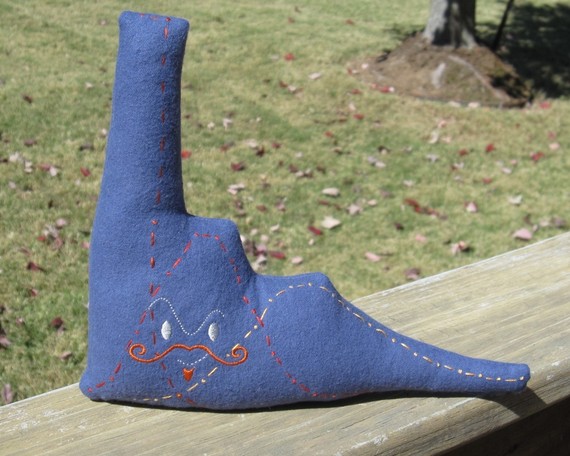 Etsy seller Nausicaa Distribution has pillows that will be soon completing my nerd chic decor.

What else says “evil French distribution” as good as this fellow? Siméon would be proud to see his distribution given life as a evil, yet cuddly, plushie.

A specialty of this distribution is that he is discrete, not continuous like the others. To help show this, a point is used to mark the pdf, and these points are then connected with dashed lines.