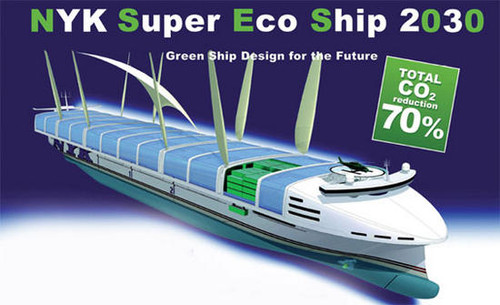 Hat tip to gCaptain for bringing this to my attention.  The NYK Line has released more information on their Super Eco Ship concept design.

Highlights of this design include:

I for one would like to see this on the oceans. Check out the concept video here.