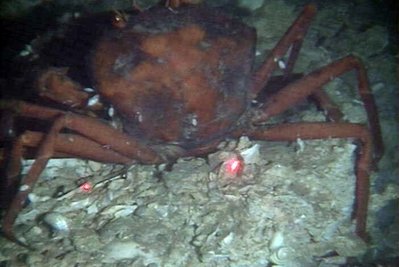 More bad news from the oil spill front. University of Georgia marine scientist Samantha Joye reporting findings from her fifth Gulf of Mexico expedition since the oil spill, noted the outlook is not optimistic.  Her team found multiple expanses of oil and soot-covered seafloor chemically linked to the BP Macondo deep sea well. The soot likely derived from the burning of oil that settled to the bottom. In this blanket is a large number of dead brittle stars, crabs, and tubeworms.  Keep in mind Joye’s team also warned about many studies overlooking the volume and impact of the 500,000 tons of methane also spilled into the Gulf.

I’ll leave you with this: “Apparently, the sheer quantity of sedimented oil, much of it trapped in a slimy mucilaginous matrix, simply overwhelmed and suffocated the sea floor microbial colonies that normally consume oil.”