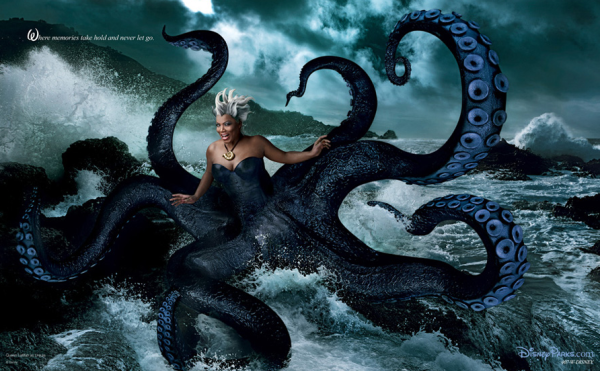 After three weeks in the field, I thought I’d ease back into my DSN responsibilities with a little fluff. To wit: Have you heard that Queen Latifah has been chosen to appear as Ursula the sea witch from Disney’s The Little Mermaid for an upcoming magazine ad campaign?

Yeah, neither had I.

At first I was feeling mostly “meh” about the idea. Then I saw the image above by Annie Leibovitz. Pretty awesome! And love the Don King wig too!