I’ve just read a most remarkable paper by my PhD advisor, Dr. Tom Cribb (University of Queensland), and his close colleague Dr. Rod Bray (NHM London, ret.).  In it, they describe patterns in the history of taxonomic effort regarding parasitic flatworms in the group commonly called trematodes, or more correctly subclass Digenea of the Platyhelminthes.  This is a HUGE group (like, >18,000 species huge) that infects all classes of vertebrates as adults, and a bewildering array of vertebrates and invertebrates as larvae.  In their paper, Tom and Rod conclude that at this point in time, the number of families of digeneans has stopped increasing (i.e. we’ve found them all), and that the rate of description of new genera of digeneans contained within those families has begun to slow.  Just to  refresh you on systematics for a second: Kinky People Can Often Find Good Sex.  That’s Kingdom, Phylum, Class, Order, Family, Genus, Species, so we’re not talking about species level taxonomy here, but the two levels above that.  Because its a nested system, we have to stop finding new families before we stop finding new genera and so on.  The idea that we’re done with digenean families and slowing on genera means that the there is light at the end of the taxonomic tunnel for digeneans, or as they put it, we’ve reached “the beginning of the end” 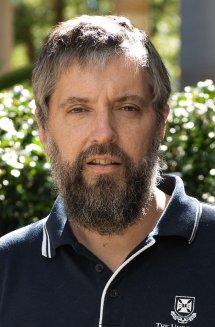 Why this is so remarkable is that just a few years ago I never would have believed it possible.  I “grew up” in Tom’s lab, doing a lot of field work in rivers, streams, bays, estuaries and the Great Barrier Reef and there was always, ALWAYS an endless supply of new worms to be discovered and described in even the most pedestrian of fishes.  All you had to do was go fishing and slit the guts of your catch into a bottle of saline to take back to the lab.  Indeed, my very first publication came from summer break work I did in sophomore year, collecting Monodactylus in the estuarine creeks around Brisbane.  It was that very idea – undiscovered diversity hiding right under our noses – that energised me for biology and turned me on to my early career as a taxonomist.  You never felt more like one of those lucky Victorian naturalist types than when you were slicing open the gut of a fish that gave its life to science so that you might discovery a new species never before seen.  When it came to the reef, it was even more stark; we didn’t even know what some of the fish were, let alone the worms!  I always just assumed there would be an inexhaustible reservoir of new stuff to be surprised by, wherever we looked.  It was inconceivable to me that it might ever end, so Tom and Rod’s conclusion is quite amazing to me.

As they and others (including DSN’s own Dr_Bik) have pointed out, we’re in something of a crisis as far as taxonomic expertise is concerned, but Cribb and Bray rule it out as a source of the observed pattern.  It seems a genuine finding to me, although more convincing for families than it is for genera (still a pretty steep discovery curve!).  I like to think there’s still a family or two awaiting discovery – probably in deep sea fishes – and there could well be hundreds of genera and certainly thousands of species of worms yet to be found.  That may sound like a lot, but compared to the never-ending font I got so used to, it represents a whole new world to adapt to for this part-time taxonomist.