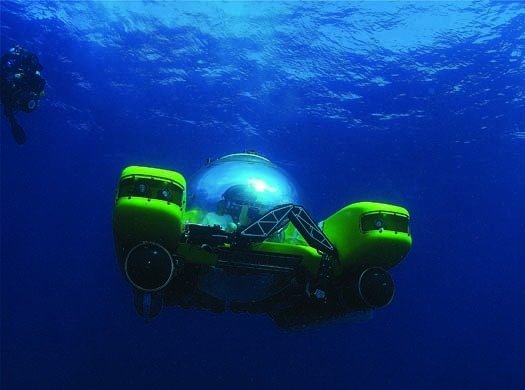 Sir Richard Branson isn’t the only one wanting to return to the Challenger Deep. Now, submersible designers Triton Submarines aims to take humans down to Challenger Deep again using their newly designed submersible Triton 36,000.The most interesting part is the that crew sphere is made of borosilicate glass that actually gets stronger under increased compression under pressure. I too get stronger under pressures. Well that is what I tell myself so I can actually get out of bed in the morning.

via New Triton Manned Submersible Sets Sights on the Deepest Point in the Ocean, 36,000 Feet Down | Popular Science.