I recently reported on the awesomeness of high-throughput sequencing technologies, and commented on their huge potential for transforming the way biologists do business.  (Seriously, people, its going to be like the renaissance of 21st century science – you heard it here first!)

As a follow up to my previous post, I wanted to highlight this new era of cool in Deep-sea research.  I came across on old study (genetics moves forward in dog years – studies from 2009 are already hitting puberty) investigating microbial community structure at the Lost City Hydrothermal Field near the Mid-Atlantic Ridge.

High-throughput sequencing allows us to obtain DNA barcodes from microbial communities at an unprecedented depth – when coupled with with environmental metadata (physical information about the habitat, e.g. temperature, salinity, pH), molecular data is now giving us the opportunity to describe and predict the relationship between species and their ecosystem.

Hydrothermal vents are extreme ecosystems, with a limited number of species able to tolerate the harsh conditions; in addition, the conditions themselves fairly stable and repetitive over time.  Brazelton et al. (2010) took advantage of these features to jointly investigate the microbes present in mucilaginous biofilms (read: vent slime) and see if this correlated with the age and physical characteristics of actively venting chimneys. 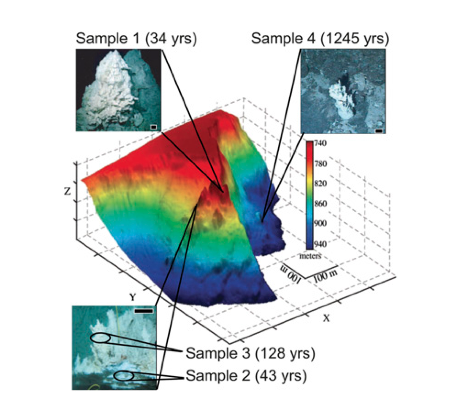 The answer to their initial question was a resounding “YES!”  Younger chimneys showed relatively diverse populations of bacteria and archaea, with a few dominant species and many rare ones.  In older chimneys, some of these rare species shift to become the dominant members of the vent slime community, as natural selection favors specific bacterial genomes as the temperature, flow, and pH of vent stacks change over time.   The low archaeal diversity at the Lost City is unprecedented (90% of sequences often grouped into a single molecular species); bacterial diversity is higher, but still on the lower end of the spectrum for hydrothermal ecoystems. 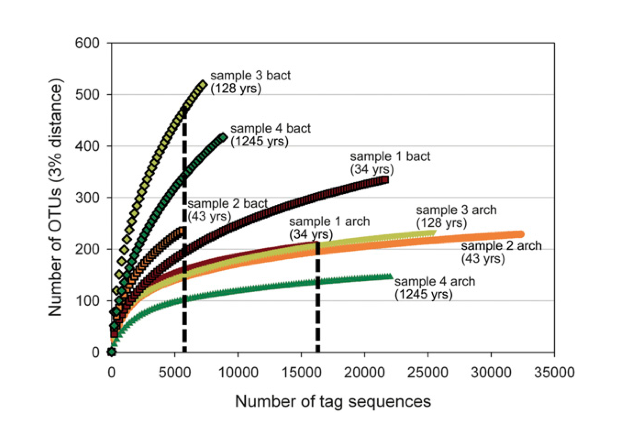 From studies like these, we can start to link specific communities with environmental conditions – eventually, we many not even need to look at the biological community at all; GPS coordinates and environmental parameters may allow us to effectively predict what’s living there, especially for simplistic, contained systems like hydrothermal vents .  Of course, we still will look at living species – but we will have endless possibilities arising from SO. MUCH. DATA.

One Reply to “Predicting Microbial Communities in the Deep-sea”