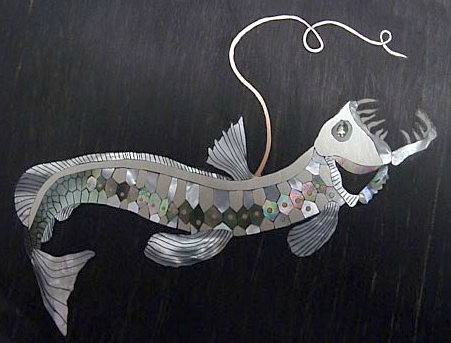 An example of the elegant inlay art of Craig Lavin

The maritime tradition has centered on craftsmanship and a strong work ethic.  Shoddy work and poor performance at sea can affect a whole crew.  Equally maritime art has encompassed a rich aesthetic with an attention toward functional intricacy and astounding craftsmanship.  Craig Lavin is an inlay artist whose work beautifully encompasses this tradition.  Head over to his website and explore his galleries of work.  Make sure you especially note the two marine galleries.  Also make sure to click the artist link which has two video’s of Craig discussing why he inlays by hand and how inlay is done.