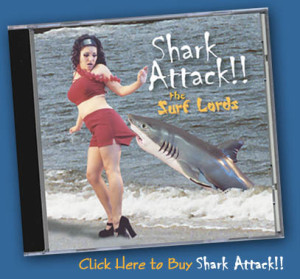 Sunday night I wondered aloud on Twitter: “In 140 or less, why are you (or are you not) fascinated by #sharks? Use the hastags #sharkweek #DSN and I’ll compile a list!” My twitter buddy @jtotheizzoe posted the same on his excellent Tumblr site Its Ok To Be Smart. We both got some great responses at both places! So after the jump below, here is what YOU are thinking! (And follow all of these wonderful ocean lovers on twitter/tumblr!)

Add your own thoughts and HAPPY SHARK WEEK!

@OceanShaman: Swimming in #OCEAN all my life…know they are there…very respectful! Consider them beautiful & critical to #Ecosystem!

@spinydag: All sharks, from great whites to dogfish, just look like they own the place. And act accordingly. #sharkweek #DSN

@WhySharksMatters: #SharkWeek #DSN Even the smallest #sharks I work with, 8 inch sharpnose pups, aren’t afraid to go after bait bigger than them.

@mickeyjs12: #sharkweek #DSN They are beautiful, graceful and keep our oceans the wonderland they are.

@jtotheizzoe: they are blankly simple and ancient while at the same time highly advanced and dangerous – deadly living fossils #dsn #sharkweek

@kwing: #DSN #sharkweek they’re ancient, and one of the last things left on earth that puts us lower on the food chain. Gotta respect that.

@ejwillingham: Bc they can eat ppl, we’ve been investigating them for yrs, still know so little.Can’t resist human-eating mystery #sharkweek #DSN

@daumari: Fascinated by the Helicoprion fossils found in my area and other bizarre ancient sharks. :3 #sharkweek #DSN

@AlchemyStress: They are the perfect predator, thank god they can’t fly or walk we’d all be screwed #sharkweek #DSN

@sharky04: I’m fascinated by #sharks b/c I think they are beautiful and graceful animals who have been given a horrible image #sharkweek #dsn

@abqdorid: #sharkweek : it’s WAY to sensational. But sharks themselves are fascinating: ancient, cartilaginous, and so darn misunderstood. #DSN