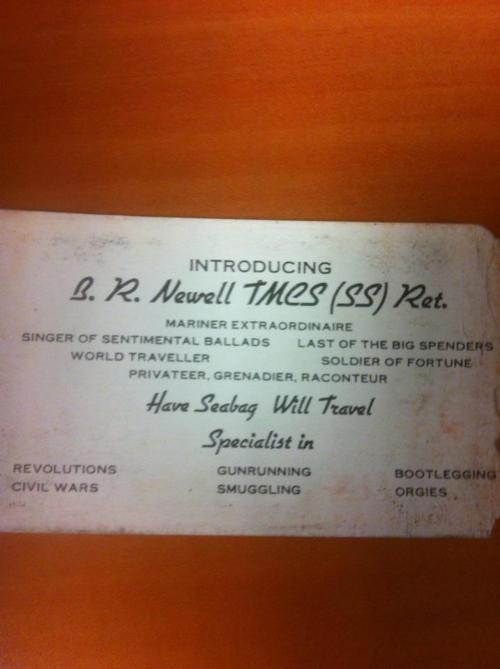 Redditor burt_flaxton writes: “Friend’s Father Died – They found these after. He must have handed them out to the women at bars.” In related news, the Most Interesting Man In The World is dead.

From the Daily What

3 Replies to “Clearly I Need to Rethink My Business Cards”