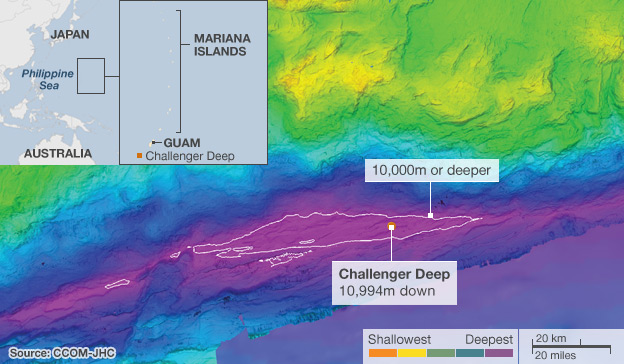 A new survey puts the depth of the Challenger Deep, the deepest part of the Mariana Trench, at 10,994 meters, nearly 75 meters more than deepest of prior estimates. The new survey was conducted by the Center for Coastal and Ocean Mapping (CCOM) at the University of New Hampshire. Also interesting is

The US State Department funded the study because it wants to know whether the exclusive economic zone encompassing the American territories of Guam and the Northern Mariana Islands can be pushed out beyond its current limit of 200 nautical miles (370km).