But the food not so delightful,

But since we’ve got no place to go,

In the late 1960’s, two marine biologists, Howard Sanders and Robert Hessler, made a shocking find–the biodiversity of the deep-sea floor is astoundingly high. In an area the size of a coffee table over 300 species can coexist, a number that rivals tropical rainforests and coral reefs. Yet these findings also raised a paradox. High diversity is typically associated with physically complex habitats, like forests and reefs, plentiful with food that allow for a variety of niches. In the food poor, homogenous mud flats of the deep sea, how can so many species coexist? The answer is snow.

The lack of light in the deep oceans precludes photosynthesis. Thus, primary production of carbon, the base of a food web, is virtually absent. Deep-sea organisms are reliant upon a trickle of falling material from the productive shallow oceans overhead. This material is largely a low quality and low quantity mixture of decaying bodies and feces degraded further by bacteria on its decent into the deep. Roughly 2-5% of the total carbon on the ocean’s surface falls to the deep seafloor, the equivalent of roughly 2-3 tablespoons from a 5-pound bag of sugar. This sinking material, marine snow, falls as a dusting on the ocean bottom. But like a light snow in your yard does not form an even layer and Buffalo receives more snow than Miami, marine snow too is denser in some spots whether an area the size of coffee table or an entire ocean.

In this marine snow medley lays the answer for our deep-sea paradox.

In the 1970’s, Howard Sanders, Fred Grassle, and Paul Snelgrove proposed instead of the deep-sea floor being a homogenous wasteland, it was comprised of a variety of patches each with a unique set of organisms, i.e. the patch-mosaic hypothesis. The deep-sea floor is essentially a patchwork quilt of different small habitats. I began this year by publishing a study addressing how heterogeneity in marine snow of distances of just a few yards can lead to completely different communities of organisms. At the end of this year, just today in fact, I with coauthors show this same pattern over several thousands of kilometers.

In 2006, Jim Barry and I during my tenure at the Monterey Bay Aquarium Research Institute sampled a 3203-meter deep site off the Monterey Bay. We collected with the robotic arm of a remotely operated vehicle 44 sediment cores over approximately 400 yards. Each core we sieved and removed the small invertebrates living in the sediment, from worms to crustaceans to molluscs plus much more. Equally important, we measured the carbon content, of the sediment as an indicator of marine snowfall. Largely, we found that invertebrate communities in cores taken adjacent to each other were just as likely to be similar as dissimilar to one another. Indeed, cores adjacent to one another were just 3% more likely to share common species than cores taken 350 meters apart! Why would communities right next to one another be so different? Differences in marine snow accumulation. Invertebrate communities receiving comparable marine snowfall were more similar.

Today in the Proceedings of the Royal Society with collaborators Allen Hurlbert and James Stegen from the University of North Carolina, I unravel the paradox of the deep a little further. Given the difficulty of conducting deep-sea work, patterns of diversity of entire oceans are rare. In 2008, John Allen, working previously with Howard Sanders, published an amazing dataset of deep-sea bivalves taken form 270 sites across the Atlantic Ocean. We combined this dataset with data on bivalve sizes and genetic relatedness with multiple datasets on the environment, including annual marine snow accumulation. We found that the availability of both chemical, i.e. marine snow, and thermal, i.e. temperature, energy explained differences in compositions of bivalves communities across the Atlantic Ocean. Interestingly, and in contrast to current thinking (including my own!) that invertebrates with planktotrophic larvae should be able to disperse everywhere, we also detected the importance of dispersal ability in explaining community differences. In other words, some of what determines where a bivalve is located in the Atlantic is determined by its dispersal ability and the amount of energy it requires. 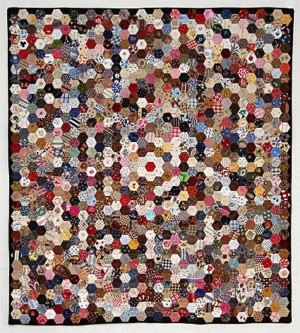 But we went one step further and developed a simulation. We constructed virtual bivalves allowing them to evolve traits, fill environmental niches, and disperse across a virtual Atlantic Ocean. This is a computationally complex and demanding operation and required a cluster of computers at UNC to run. In each simulation, we could control the dispersal ability and food requirements for the bivalves. For each simulation, we would then compare the patterns that emerged with those in our real Atlantic bivalves communities. This would allow us to determine the exact level of dispersal ability and food requirements of bivalves to produce changes in community compositions across the Atlantic. From our simulations, we found that 95% of bivalves could disperse 749 km from their natal site. We also found that 5% of bivalve juveniles would not be able to persist in habitats that deviated from their optimum habitat more than 2.1 grams of carbon per meter squared per year. That translates to about 1 teaspoon over a dining room table over the course of an entire year! Bivalves are extremely sensitive to the amount food available.

Overall, these studies illustrate that the deep-sea floor is like your Grandma’s quilt presenting a variety of patches of material. These patches, driven by differences in marine snow, whether occurring over inches or miles, provide unique habitats that allow a variety of different animals to coexist. And much like humans prefer different amounts of snow (give me warm weather or give me death!), deep-sea species are uniquely adapted to differences in marine snow.

UPDATE 1:
Also take a look at the great write ups by Wired and IO9. Love the titles! The Bounty of Species in a Single Scoop of Seafloor Mud and The Ocean Floor is Like a Rainforest Where Feces and Dead Animals Rain From the Sky

UPDATE 2: I was asked for a legend to the animals above.  Hopefully this helps. As for the species, I could give you the actual species names but perhaps that would not be helpful to readers.  Instead I will give you the general groupings that may be more informative.

So in this orientation above from left to right