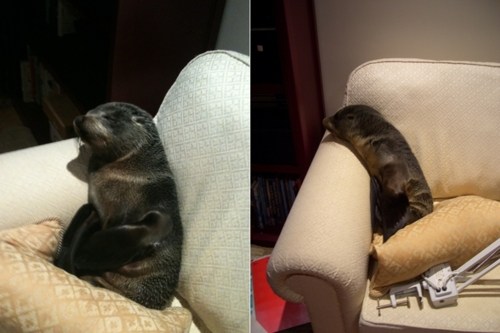 After barging in uninvited, a baby fur seal decided to curl up on the couch of a woman in Tauranga, New Zealand, and take a nap.

via Napping Seal Pup of the Day – The Daily What.

2 Replies to “Napping Seal Pup of the Day”