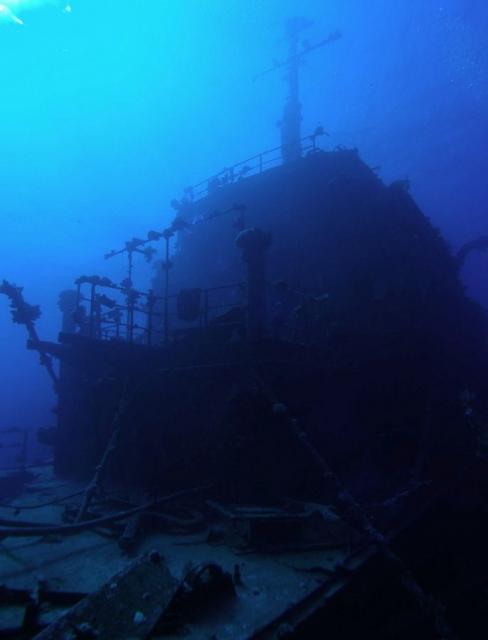 7. Russian Wreck, South Egyptian Red Sea
Known simply as the “Russian Wreck”, this sunken ship is thought by some to have been the Khanka, a Russian spy ship that sank sometime before 1982. Whether or not it is the carcass of the Khanka, most seem to agree that it was a communications and surveillance ship of some sort. The Soviets began to use commercial vessels like fishing trawlers for intelligence gathering from the 1950s onwards and apparently established a surveillance facility in Yemen’s nearby Ras Karm Military Airbase in 1971.
Written by Michele Collet

via 10 Most Incredible Sunken Ships on Earth | Environmental Graffiti.