The Arab Spring has been on of the most amazing social movements of this generation; the images of brave citizens fighting for democracy (and unfortunately sometimes losing their individual battles), are encouraging and inspiring.  While far-reaching in its regional and global social and political implications, the Arab Spring would seem pretty removed from issues of shark conservation in the ocean.  So, I was startled to read this piece the other day, claiming in its first paragraph that Red Sea shark populations have dropped 80% since the uprisings in Egypt last year.  The article blames the departure of the army/coast guard for a near total lack of monitoring of Egypt’s Red Sea coast, and therefore rampant poaching to support the shark fin trade. 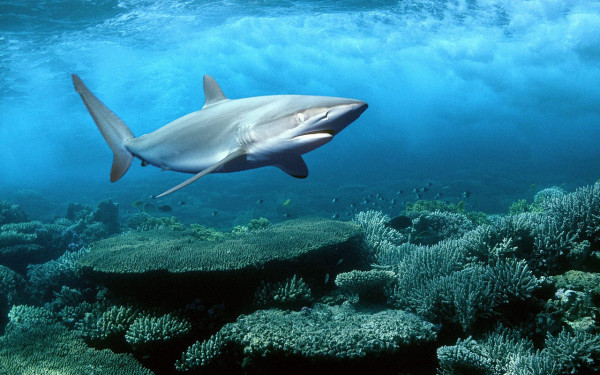 It’s an interesting idea, but the statement of percentage decline was something of a red flag: if things are so unmonitored and poaching so chaotic, how can anyone have a good idea of exactly how shark populations have been affected?  As any fishery biologist will tell you with a deep sigh (probably while crying into their scotch), getting a scientifically-sound handle on any marine species population is fiendishly difficult, even for a well-equipped fisheries agency, and to do so for a whole class of vertebrates is nigh-on impossible.  Looking more closely at the article, it cites another source called “Egypt Independent”.  Reading that piece, you can see that what was actually said was that there are no official records but that Red Sea shark populations are believed to have declined 80% since the 1970’s.  Now that I can accept.  The article does go on to say that the uprisings have caused rampant poaching and are threatening the lucrative Red Sea SCUBA tourism industry and even ecosystem function itself, fair enough.

Journalistic inaccuracies aside, the idea that social upheaval taking place, as it usually does, in cities, should be bad for sharks or marine conservation in general is interesting and disturbing and highlights the far-reaching implications of this sort of social change.  Presumably any stable government, regardless of whether it’s autocratic or democratic, is better equipped to protect a nation’s natural resources than is a country in a state of instability and uncertainty, when priorities are likely to shift to (what humans would consider) core needs like security, food and so on.  The obvious implication of this is that the longer instability lasts in the region, the worse the outcome is likely to be for sharks and the rest of the marine ecosystem.  Here’s hoping for a swift resolution to all conflicts in the region, therefore, and a renewed focus on managing and conserving the precious tropical resources of the Red Sea.  Given the political history of the region, I’m not holding my breath, but hey, a guy can hope!