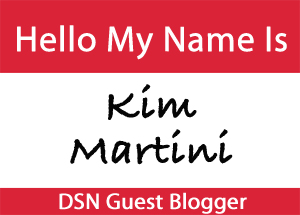 We’re very excited to introduce another guest post from Kim Martini here at DSN (read previous posts here).  Kim is a physical oceanographer working at the University of Alaska, Fairbanks and as the post reveals below is interested in deep-ocean waves.  You can find her on Twitter at @rejectedbanana.  Make sure to comment below and welcome her to DSN.

As oceanographers, we have a pretty good idea of how much mixing there should be in the ocean. But the problem is, we don’t actually know where it is. Sounds kinda crazy right?

We measure turbulence to figure out how water is mixed in the ocean. Ocean mixing is important because not only does it exchange water between the deep and shallow seas, but it will also transport small particles that are in water. This includes nutrients, sediments, and even sea beasties!

The rolls in this wave of depression (also called a soliton) are Kelvin-Helmholtz instabilities. Eventually, they will become turbulent and cause irreversible mixing. [Image source: www.OSU.edu]

What makes mixing so hard to find is the fact that turbulence tends to be `patchy.’ Turbulence isn’t uniform across the ocean and doesn’t always occur at the same place or time everyday. Most of deep ocean, far away from the coasts, has really low levels of turbulence. Therefore, there must be places where there are really high levels of turbulence. We have found some of these high mixing regions, but still haven’t found enough to close global mixing budgets. This includes places like the Southern Ocean where wild winds whip the sea but also trashes ships, spots where currents flow over bathymetric bumps such as seamounts and ridges, and regions where waves break such as deep canyons and rugged continental slopes. To find instabilites at 1 cm scales in the deep ocean, you gotta use a giant microstructure instrument [Image source: www.whoi.edu]

There are other obstacles to finding the missing turbulence. The instabilities we are looking for have scales around a couple of centimeters. Measuring the scale of these small instabilities is really, really hard, so you need really sensitive instruments. And even if you have a ship and a kick-ass instrument, space and time aren’t on your side either. The ocean is pretty deep, so it can take several hours to make one full-depth turbulence profile. The ocean is also really broad, so you don’t really cover a lot of ground while profiling. To cover more ground, some scientists have built towed instruments, but then you gain horizontal resolution at the expense of vertical resolution. And did I mention turbulence is fickle? You could repeat the exact a profile at the same spot 3 hours later and you might not see any turbulence!

But all is not lost my friends, we will find the mixing! We know the winds and the tides pump energy into the ocean to mix it. And we know something about the pathways and processes that cause this energy to eventually degrade into turbulence. There is even some evidence that the daily migrations of plankton and swimming of sea life can mix the oceans. With this information we can go out and continue our search for the missing mixing.

So next time you meet a scientist that studies ocean turbulence, don’t forgot to tell them Happy Hunting!

One Reply to “Searching for microscale turbulence at the macroscale”