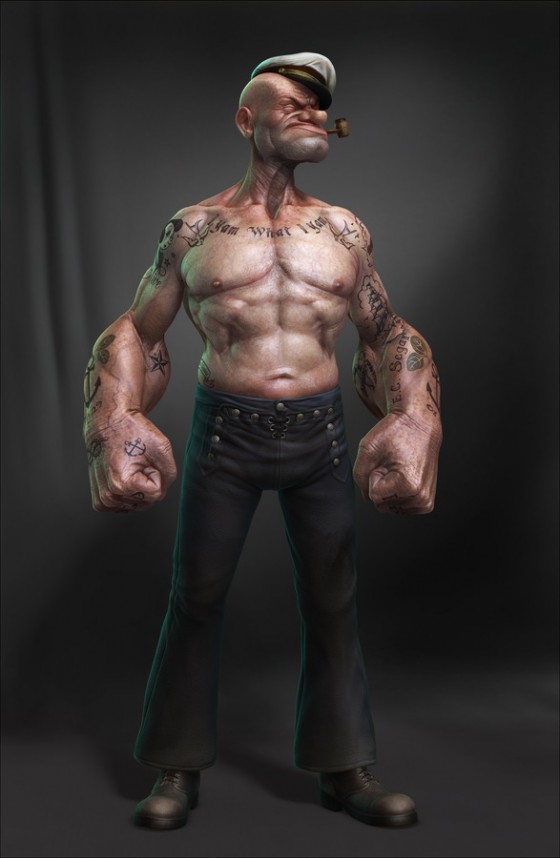 I probably would have paid more attention to Popeye as kid if he had looked like this.  Now I need to go eat some spinach and work on my forearms.

15 Replies to “A More Badass Popeye”