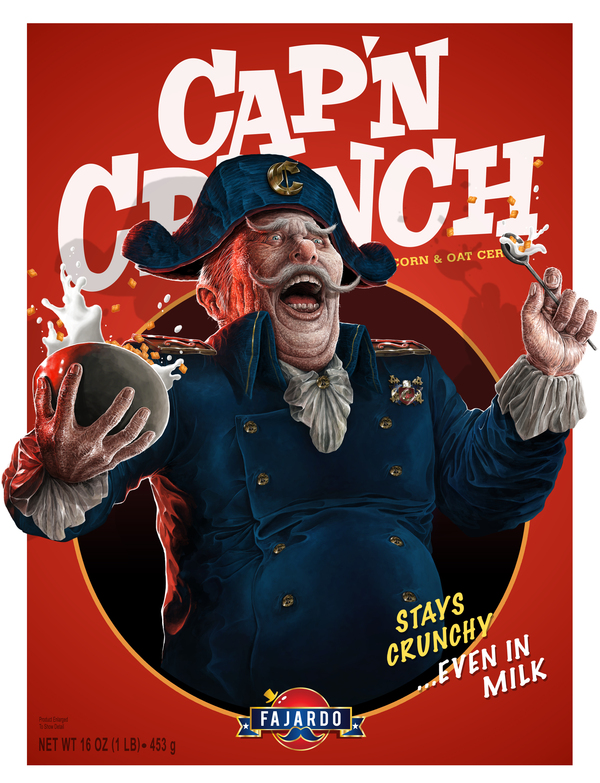 Continuing with the them of reimagining characters of childhood.  Love it but not quite sure I am ready for that peanut butter goodness now.  Make sure you look at the rest of the series as well. Also love the Frosted Flakes