Over a decade ago, one of us (CM) made his first submersible dive off of Rum Cay in the Bahamas.  At the surface the temperature was a warm 91˚F and at the bottom 2,300 feet down the temperature was near freezing.  Despite my large size, I don’t remember feeling cramped inside the soda can-sized sub at any moment. The entire time I pressed my face against a 6-inch porthole, my cheek against the cool glass, and focused my eyes on the few feet of illuminated sea floor around me and the miles of black beyond.  Here in the great depths of oceans I got my first look at the giant isopod, a roly-poly the size of a large shoe. This beast and the surrounding abyss instantly captured my imagination, launching me on a journey of ocean science and exploration to unravel the riddles of life in the deep.

A thousand miles away, off the coast of Yucatan Mexico, the other of us (AD) experienced equal wonder at the discovery of the largest aggregation ever recorded of the largest of fish in the world, the whale shark.  These spotted behemoths gather annually in the hundreds off the coast of Cancun, one of the world’s most popular tourist destinations, and yet this spectacular biological was unknown to science until 2006.  Swimming among them, I reverted to a childish state of wonder, marveling at their size, power and grace, and boggling that they have probably been feeding in these waters since dinosaurs, not tourists, inhabited the Yucatan.

Whether giant fish or giant crustaceans, are opportunities to uncover the ocean’s mysteries are quickly dwindling. 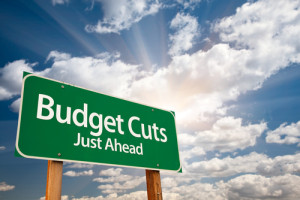 In general, science in the U.S. is poorly funded; while the total number of dollars spent here is large, we only rank 6th in world in the proportion of gross domestic product invested into research.  The outlook for ocean science is even bleaker. In many cases, funding of marine science and exploration, especially for the deep sea, are at historical lows.  In others, funding remains stagnant, despite rising costs of equipment and personnel.

The Joint Ocean Commission Initiative, a committee comprised of leading ocean scientists, policy makers, and former U.S. secretaries and congressmen, gave the grade of D- to funding of ocean science in the U.S.  Recently the Obama Administration proposed to cut the National Undersea Research Program (NURP) within NOAA, the National Oceanic and Atmospheric Administration, a move supported by the Senate.  In NOAA’s own words, “NOAA determined that NURP was a lower-priority function within its portfolio of research activities.”  Yet, NURP is one of the main suppliers of funding and equipment for ocean exploration, including both submersibles at the Hawaiian Underwater Research Laboratory and the underwater habitat Aquarius. This cut has come despite an overall request for a 3.1% increase in funding for NOAA. Cutting NURP saves a meager $4,000,000 or 1/10 of NOAA’s budget and 1,675 times less than we spend on the Afghan war in just one month.

One of the main reasons NOAA argues for cutting funding of NURP is “that other avenues of Federal funding for such activities might be pursued.”  However, “other avenues” are fading as well.  Some funding for ocean exploration is still available through NOAA’s Ocean Exploration Program.  However, the Office of Ocean Exploration, the division that contains NURP, took the second biggest cut of all programs (-16.5%) and is down 33% since 2009.  Likewise, U.S. Naval funding for basic research has also diminished.

The other main source of funding for deep-sea science in the U.S. is the National Science Foundation which primarily supports biological research through the Biological Oceanography Program.  Funding for science within this program remains stagnant, funding larger but fewer grants.  This trend most likely reflects the ever increasing costs of personnel,  equipment, and consumables which only larger projects can support.  Indeed, compared to rising fuel costs, a necessity for oceanographic vessels, NSF funds do not stretch as far as even a decade ago.

Shrinking funds and high fuel costs have also taken their toll on The University-National Oceanographic Laboratory System (UNOLS) which operates the U.S. public research fleet.  Over the last decade, only 80% of available ship days were supported through funding.  Over the last two years the gap has increasingly widened, and over the last ten years operations costs increased steadily at 5% annually.  With an estimated shortfall of $12 million, the only solution is to reduce the U.S. research fleet size. Currently this is expected to be a total of 6 vessels that are near retirement, but there is no plan of replacing these lost ships.

The situation in the U.S. contrasts greatly with other countries.  The budget for the Japanese Agency for Marine-Earth Science and Technology (JAMSTEC) continues to increase, although much less so in recent years.  The 2007 operating budget for the smaller JAMSTEC was $527 million, over $100 million dollars more than the 2013 proposed NOAA budget.  Likewise, China is increasing funding to ocean science over the next five years and has recently succeeded in building a new deep-sea research and exploration submersible, the Jiaolong.  The only deep submersible still operating in the US is the DSV Alvin, originally built in 1968.