Tonight, I will be flying north to the Arctic once again.  But I won’t be on a ship, I will be on land. And for me it’s quite a thrill because I’ve never been up there during the winter, which means:

1) It is dark ALL THE TIME. As google snarkily put it, “These days, the sun never rises in Barrow, AK. The next sunrise is in 55 days.

2) It is really, really cold. Like really f’ing cold.

So what exactly are we doing  there? Me and two trusty compadres, Rachel and Fong, are headed to the North Slope to dismantle a seasonal radar system that measures ocean currents.  Rachel is pretty much the brains of the entire operation, while Fong and I are the brawn (even writing that made me laugh).

Did I mention it was going to be cold? Currently the temperatures are going to be between -10 and 0 F, which doesn’t too bad considering it’s about -20 F in Fairbanks. But we will be outside on the coast, where the wind chill is expected to be in the -30’s.  At least I won’t have a runny nose because my boogers will be frozen inside my nostrils (this is totally true and not an exaggeration).

In case you are wondering, I’ll be wearing this giant fur parka 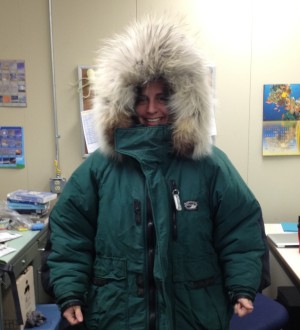 AND these ridiculous boots rated to -100F 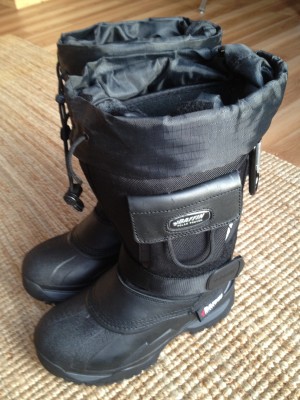 AND thermals, carhartt insulated overalls, a hat, glove liners+ work gloves+overmitts, orange fleece hat, a purple facemask that makes me look like a serial killer and my hot pink ski goggles. I will truly be a vision to behold.

4 Replies to “Notes from the field: North again, this time to dismantle stuff”