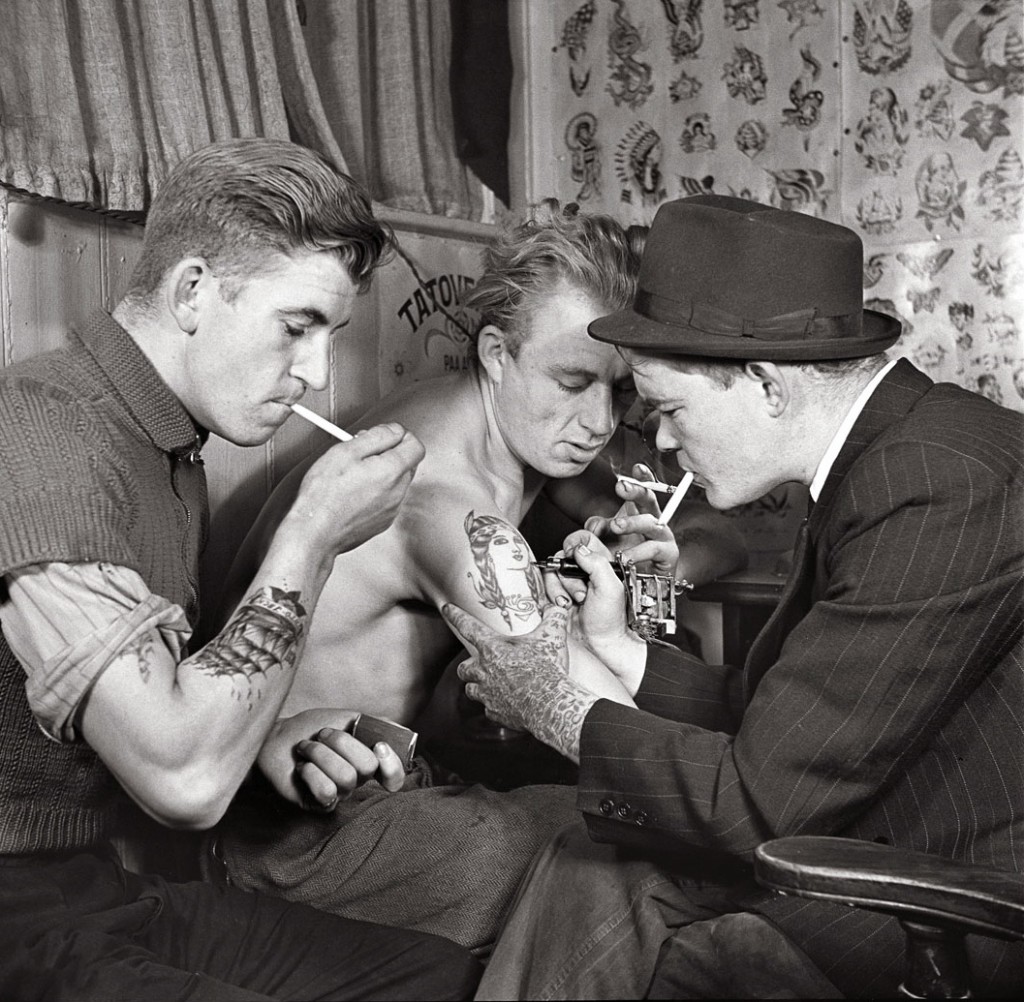 Collectors Weekly has a nice write up about origins of tattoos among sailors.

Body art was particularly well-suited to the transient and dangerous nature of life at sea. “These sailors were traveling the world, and wanted to bring back souvenirs from places they had visited,” explains Eldridge. “Aboard a ship, you don’t have much room to carry fancy souvenirs, so you end up getting tattoos as travel marks.” …But beyond mere records of their travels, tattoos also served a superstitious purpose among those living an unpredictable, and often risky, lifestyle. “Many sailors are extremely superstitious,” says Eldridge, “so they would get specific tattoos to relieve this anxiety over their beliefs. There are stories of guys in the old, wooden-ship days who would get Christ’s head tattooed on their backs so if they got into trouble and had to take lashes, the person wielding the lash would be more sympathetic.”…“Sailors would get things like a pig and rooster on their feet to keep them from drowning,” Eldridge says. “They would have ‘Hold Fast’ tattooed on their knuckles so that when they were in the riggings, their hands would stay strong. They would get hinges on their elbows to keep them from having rheumatism and arthritis, and sometimes they would even get a little oil can tattooed above the hinge so that the hinges would stay lubricated.”

13 Replies to “The Nautical Roots of Popular Tattoos”