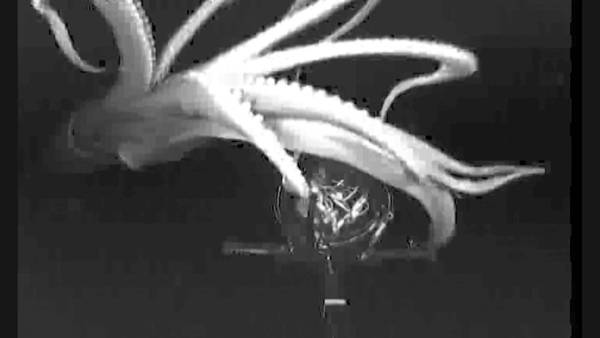 Want to know how to capture a Giant Squid on video?

Some people use worms to attract fish. Others use intricately painted lures or feathery flies.To get the catch of a lifetime, marine biologist Edith Widder built a bioluminescent sphere that mimics the frenzied pinwheel display of a panicked jellyfish.Her soccer-ball-sized creation enticed a giant squid to swim near waiting undersea cameras…While other scientists used noisy submersible vehicles in their attempts to film the giant squid, Widder deployed Medusa — a system she co-invented that combines a highly sensitive camera and a “far red” light source with an especially long wavelength that is invisible to most sea creatures, which can see only greens and blues.

3 Replies to “How to get video of the largest invertebrate”