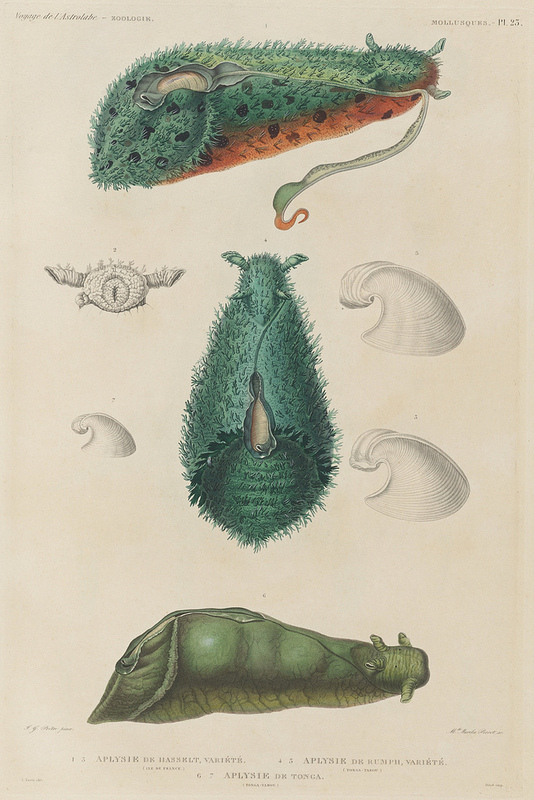 One of my favorite blogs BiblioOdyssessy which features illustrations from historical texts has post today containing hand-coloured illustrations of molluscs and other invertebrates collected during a French expeditionary voyage in the 1820s. 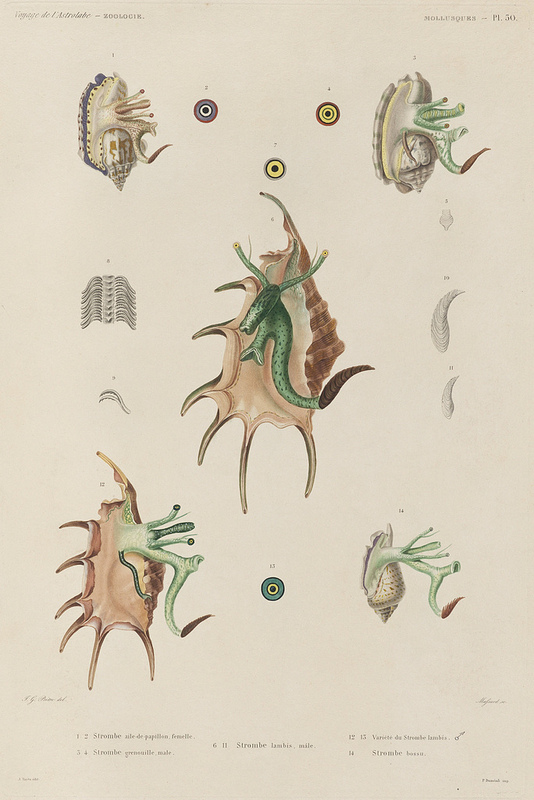 The new Astrolabe skirted the coast of southern Australia, carried out new relief maps of the South Island of New Zealand, reached the archipelagos of Tonga and Fiji, executed the first relief maps of the Loyalty Islands (part of French New Caledonia) and explored the coasts of New Guinea. [d’Urville] identified the site of La Pérouse’s shipwreck in Vanikoro (one of the Santa Cruz Islands, part of the archipelago of the Solomon Islands) and collected numerous remains of his boats. The voyage continued with the mapping of part of the Caroline Islands and the Moluccas. The Astrolabe returned to Marseille on 25 March, 1829, with an impressive load of hydrographical papers and collections of zoological, botanical and mineralogical reports, which were destined to strongly influence the scientific analysis of those regions. Following this expedition, he invented the terms Malaisia, Micronesia and Melanesia, distinguishing these Pacific cultures and island groups from Polynesia.

via BibliOdyssey: The Astrolabe Molluscs. 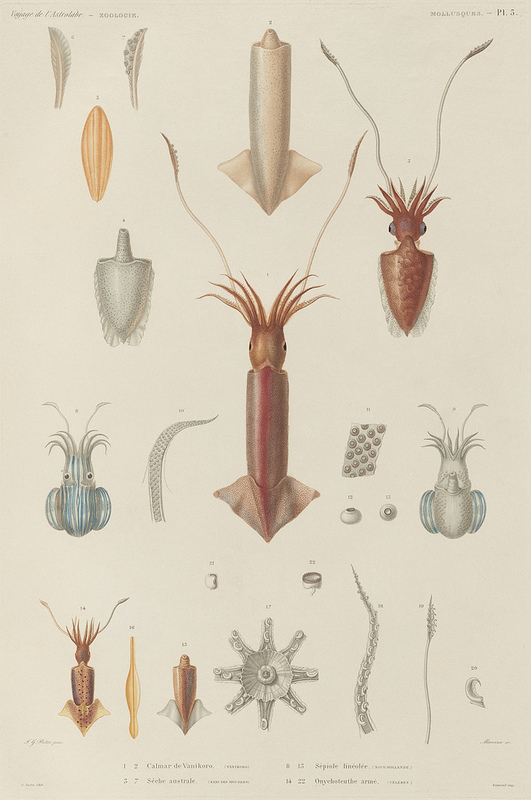 One Reply to “The Astrolabe Molluscs”