From the Italian news site La Repubblica comes this disturbing story (with 15 graphic pictures) of a mass stranding of “manta” rays on a beach in the Palestinian territories.  According to Google Translate, the caption reads something like “For now only remains a mystery. Difficult to determine the cause, but the scenario that occurred on the beach was really disconcerting. And here that some Palestinian fishermen have discovered at dawn hundreds of manta rays beached on the sands of Gaza Beach (afp)“.  Looking more closely, these are not manta rays but actually devil rays or Mobula sp..  You can tell because the mouth is under the head and not right on the front end (taxonomists would say subterminal rather than terminal).  There are dozens and dozens of them and they are the biggest Mobula I have seen; I have to think they were aggregating for mating purposes when the event took place.  Mobula form larger groups than do Manta, but at this size and this many, mating is the most likely explanation.

How could something like this happen?  I can think of two feasible explanations:

Any way you look at  it, it’s kind of sad.  I wish I could have been there to whip the gills and guts out of each one; that’s a PhD worth of parasitology right there on the beach! 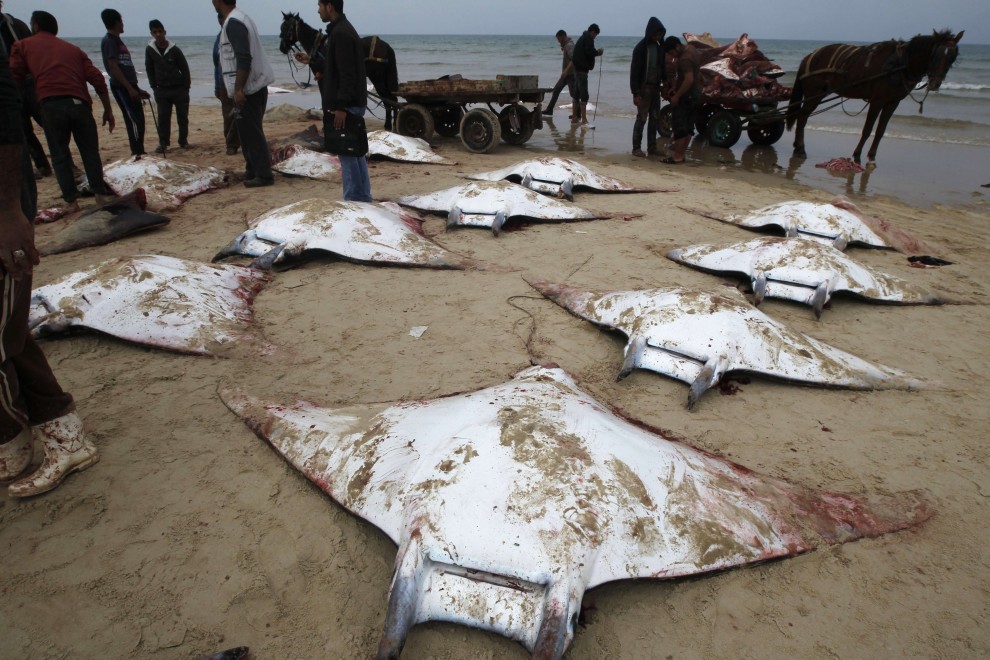 Dozens of large dead mobulid rays on a beach in Palestine. Click to go to Repubblica.it