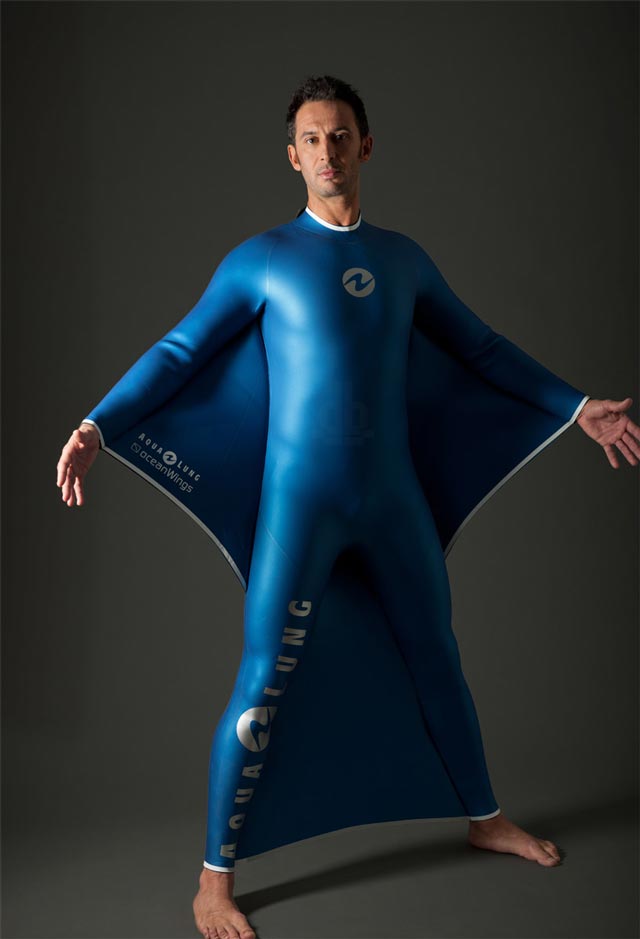 No word if or when these will go into production.  Probably held in consumer testing to check how much other divers will laugh at you.

Intent on bringing the experience of flight to the underwater realm, French designer Guillaume Binard partnered with Aqua Lung to create Oceanwings, a wetsuit inspired by skydiving wingsuits. Free-diver Pierre Frolla demonstrates the wetsuit in this video by Jerôme Espla.

via Oceanwings, A Wingsuit for Flying Underwater.

4 Replies to “Oceanwings, A Wingsuit for Flying Underwater”