Why is it that we seem to have moved away from celebrating images like the one above left (a big game hunter posing over a dead African lion) yet seem to have no problem with the the image above right (a fishing party with their 1,320 pound dead Blue marlin caught off Ascension Island in the South Atlantic Ocean)? 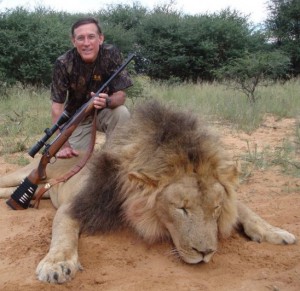 Fundamentally different from this:

Why do we seem so resistant to seeing fish (marlin, shark… whatever) as wildlife?