We here at DSN are big fan of Michelle Weirathmueller.  She’s a Ph.D. at University of Washington, Department of Oceanography.  You can catch her on Twitter at @michellejw  At her website ( http://www.michw.com) she has been doing a great set of posts on blending science, interviews, and comics.  We couldn’t allow that awesomeness to occur anywhere else but DSN, so we asked Michelle to guest post.  Welcome her to DSN in comments below. 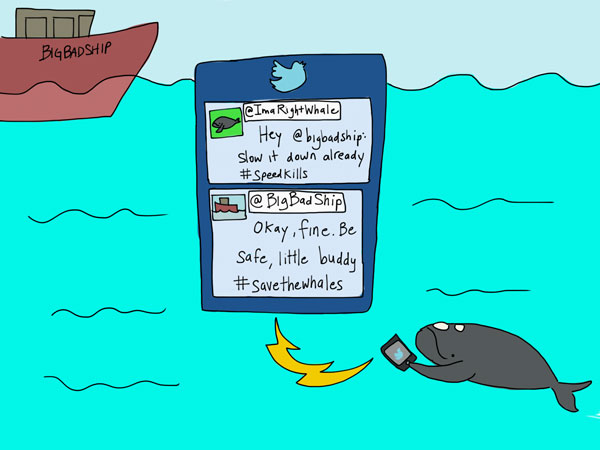 “As big as right whales are, they’re no match for a 90,000 ton container ship traveling at 15 mph or more. Collisions shatter whales’ skulls, break their bones, and cause massive bruises. A ship’s propellers can slice through skin and blubber, or sever the tail entirely.”

Currently, ship strikes are a leading cause of premature death among right whales (along with entanglement in fishing nets).  Living in shallow, near-shore waters, they are particularly vulnerable to collisions, especially in very busy shipping channels, where large, cargo-carrying vessels regularly cruise through on their way in and out of busy ports.  This quote above from the “Right Whale Listening Network” (http://www.listenforwhales.org) website really gets to the gruesome reality. 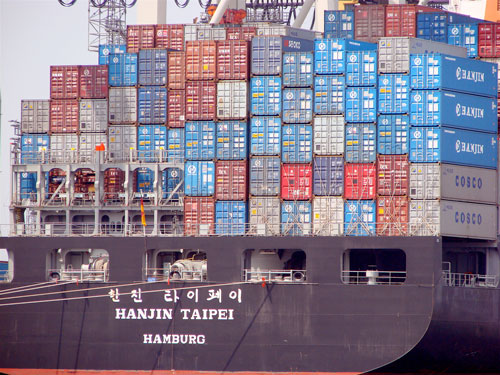 Sadly, there are only between 350-500 individuals left – so few in fact, that scientists have identified and named most of them.   But there’s a tiny silver lining – experts say that the population can recover if as few as two females are saved every year.  Two!  We can totally do that, right?

Well maybe not if you consider their safe haven as a highway running through it.

Stellwegan Bank National Marine Sanctuary is a big time hangout spot for right whales during the summer months due to very high productivity.  And to a right whale, high productivity means: massive amounts of delicious food!  Mmmm, copepods…Unfortunately, the sanctuary has a shipping channel running right down the middle, with hundreds of ships passing through every year – and that number is on the rise. 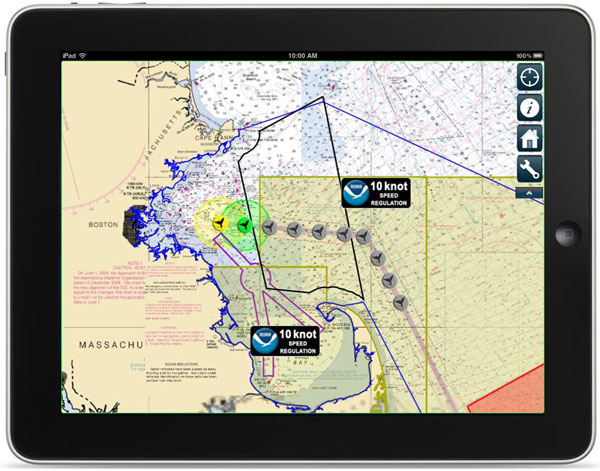 If you’re a mariner, about to steam through shipping channel, it’s now possible to be notified if there are right whales in your path.  Think Whale LoJack.

The idea is that if you know for sure that there’s one up ahead, you can go slowly and be on extra careful lookout.  Folks at the Cornell Lab or Ornithology, Woods Hole Oceanographic Institution, the Center for Coastal and Ocean Mapping (and others! Find out more at http://www.listenforwhales.org, and  http://stellwagen.noaa.gov/protect/whalealert.html) have been leading a passive acoustic monitoring effort in the Stellwagen Bank National Marine Santuary for several years now, laying out a line of buoys in the middle of the ship channel, listening for right whale calls, and then broadcasting via AIS (automatic identification system) to notify mariners of the presence of right whales.  Up until about a year ago, you or I or any moderately curious person really didn’t have access to the data.  But now that’s changed – for the excellent price of FREE (um, plus the cost of the requisite i-device), you and all your friends can monitor right whale activity right on your iPhone or iPad! I’m going to go ahead and say that the North Atlantic right whales are the most technologically advanced whales out there.

So how does it work?

1)    if a whale ventures within five miles of one of the acoustic buoys, its call gets recorded and sent to technicians at the Cornell bioacoustics lab for processing.

2)    The technicians at Cornell verify whether it’s actually a right whale call, or just a false alarm.

3)    If it’s a right whale, then the signal gets sent out as an AIS message for mariners.  The app reads in that AIS signal and lights up that buoy on the screen. 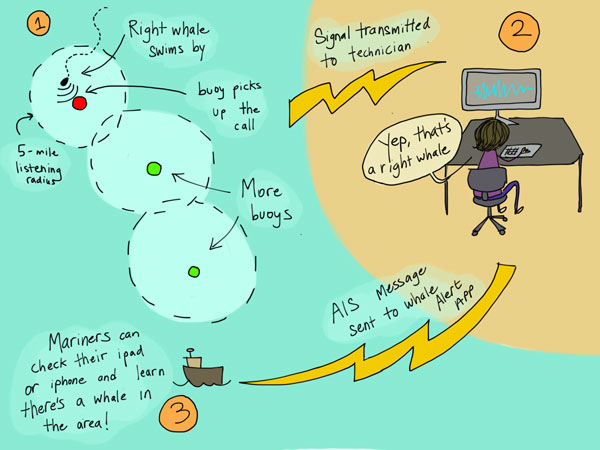 If you want to geek out on the juicy technical details on the AIS side of things, Kurt Schwehr (schwehr.org) posted a really great video on youtube a while back – check it out here:  http://www.youtube.com/watch?v=MQBj9tlcqU0&feature=youtu.be

A HUGE thank you goes out to Kurt Schwehr for helping me put this together!

7 Replies to “Save the whales? There’s an app for that!”