FLIP is towed to its operating area in the horizontal position and through ballast changes is “flipped” to the vertical position to become a stable spar buoy with a draft of 300 feet. Photo from MPL.

FLIP, the Floating Instrument Platform, is towed to an area in a horizontal position and through changing the ballast flipped into a vertical position.  In the flip postion, most of its 355 foot length resides underwater providing a stable observational even in the roughest seas.  The Marine Physical Laboratory (MPL) at Scripps operates FLIP but it is owned by the US Navy. FLIP set to sea in 1962. 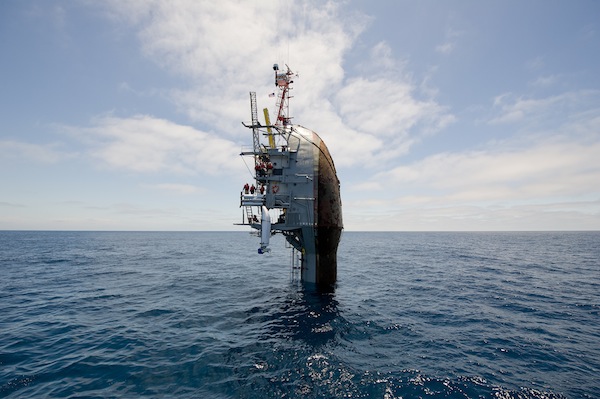 At Reddit, o’ god how I love Reddit, the photo above was posted which then started what can only happen on the internet…free time and mad, mad Photoshop skillz. Below are my favorites so far.

Star Trekking across the universe by malmazuke

WHOA MOMMA! by Daanado.  Which thankfully got turned into this by disenchanted_youth 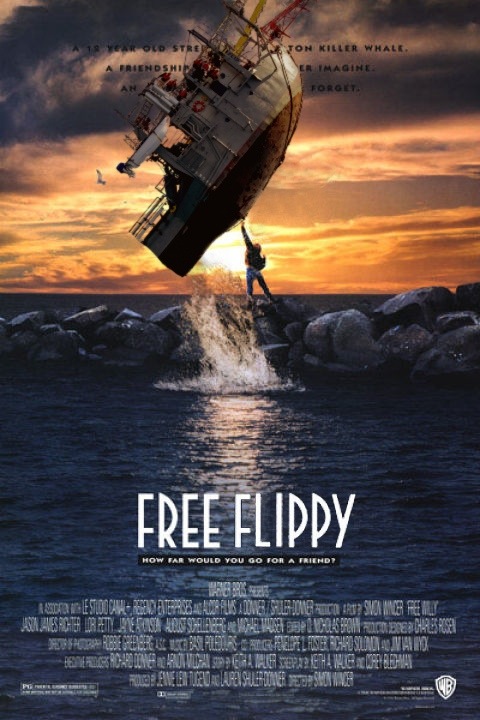