The widely-distributed but completely unattributed quote “great scientists are born, not made” is only partly true.  Without role models, guidance, and educational opportunities, someone born a scientist might tragically end up a politician or a performance artist.  And I can definitely trace my own mediocre success as a scientist to those who inspired me at an early age.  When asked who their science role models are, my colleagues usually answer with the expected popularity contestants of Darwin, Linnaeus, Galileo, Hutton, Crick & Watson, blah blah blah.  But when you ask who really inspired them, their genuine answers are much more interesting. 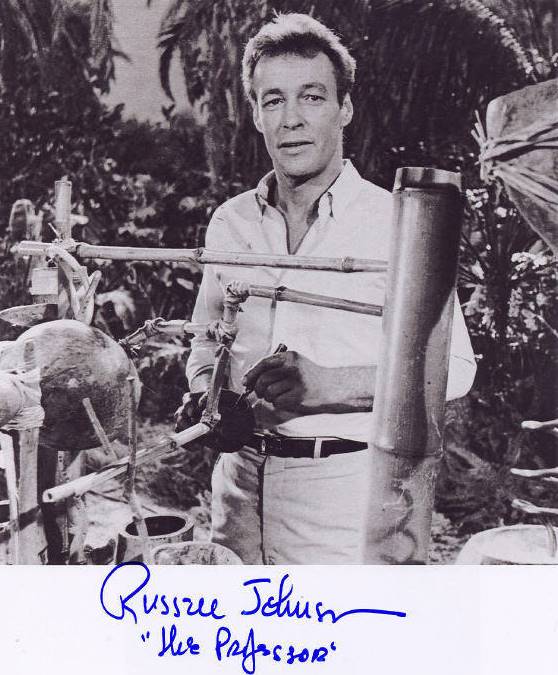 For example, if you asked me in my early years in college as a wanna-be marine biologist, I would have said David Starr Jordan, the gentle eugenicist and possible murderer, but also the foremost ichthyologist in American history.  In high school, I worked after-hours in a fish-only taxidermy shop where I learned ichthyology the old-fashioned way, and I was into deep-sea pioneers like Bruce C. Heezen and Norman B Marshall.  And of course, in grade school, Jacques Cousteau, despite the French accent, was the guy to admire because one day, you too might be on one of those expeditions (and hopefully in something more than Speedos).  But in tracing my ancestry of role models back to my youngest memories, by far the most important inspiration was Russell Johnson – the professor on Gilligan’s Island.

No kidding, I thought that guy was amazing.  He knew everything!  Fluent in botany, anthropology, meteorology, geology, marine sciences, law, fine arts, and on and on.  Polite, hard-working, well spoken, impeccable inventor, often the only rational voice in the face of whatever weekly disaster Gilligan wrought on the rest of the castaways, and he was my archetypal role model of what a scientist should be.  He had his own reference library on the island, and that got me into books at a young age, even building my own pan-scientific reference library as a wee lad that has ballooned into the costly and space-consuming science book addiction I have today. And reflecting back on those shows, he faced some of the problems I’ve gone through.  In one episode, he laments a failed relationship with Zsa Zsa Gabor because she wasn’t at all impressed with the incredible specimens he showed her on a walk around the island. How many times has that happened to you?  But I am not alone.  In an interview he gave a few years back, Russell Johnson said that over the years hundreds of scientists testified in person or by fan mail that they would likely not be in the field today without him as an early role model.  Despite persistent rumors to the contrary, he is still alive, so it’s not too late to thank him. I thanked him in my PhD dissertation along with some of my major professors who were far less inspiring. More importantly, I try to follow in his footsteps to be an inspiration today to the young  scientists of tomorrow.

4 Replies to “Honor Your Heroes”