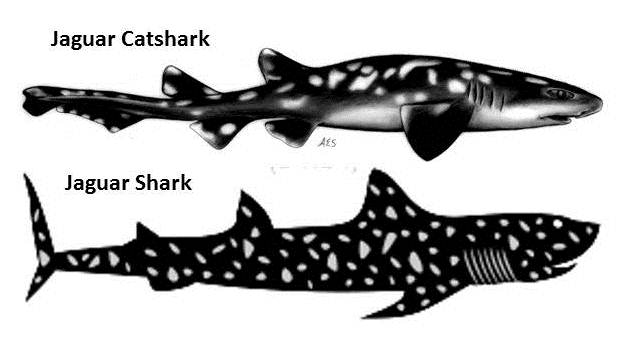 It’s part of the deal that if you describe a new species, you get to give it a scientific name.  That’s one of the perks of taxonomy.  I’ve named new fish species after Latinized versions of deep-pocket funders, in honor of long-dead pioneers in the field or still-living colleagues, after Polynesian gods, and even  one after the torch used to ignite Bacchanalian booze and sex-fueled parties. But these science-sanctioned acts of pandering, honor, creativity, and inside jokes usually reside with the pages of scientific journals, and are rarely ever part of the mainstream. But nowadays, many species that would never been in the public purview are finding their way into non-technical and even popular literature.  This is especially true where horrifically ugly deep-sea fishes that were once only seen during scientific surveys are now caught in large numbers by specialized trawlers and are featured in fisheries manuals, marine conservation catalogues, marketing brochures, and even cook books.

Assigning a vernacular or ‘common name’ to a new species was usually never part of a taxonomic description, and we scientists were happy to use the Latinized lingo as an insider’s secret form of communication.  Definitely not as lame as two nerds speaking Klingon to each other, but as friend once said to me “Dude, that new Hydrolagus melanophasma is a totally kickin’ holocephalian!”, and I knew exactly what he meant. And indeed it was kickin’.  But consistent use of an understandable common name is more important than ever if we want to better integrate science, conservation, policy, and education.  So here’s my story…

Last year, two colleagues and I described a new species of catshark from the Galapagos Islands, and dubbed it Bythaelurus giddingsi after underwater cinematographer Al Giddings, who helped video tape live footage of it, and many other critters, during a deep-sea expedition to the islands in the 1990’s. In the original description of our new species of catshark, we never gave it a common name, and in a moment of synchronicity, a colleague was finishing the draft of Sharks of the World, the catalog of sharks and one-stop shop for both academic and non-technical shark aficionados, and we needed to give it a common name that it would be forever referred by.  But where the rules of scientific names are loose, the creation of common names is much more strict. The American Fisheries Society has a handbook of rules for assigning common names, and points out many examples of inappropriate ways common names can be applied to a species. For example, it discourages common names honoring people, so “Giddings’ Catshark’ was out (sorry, Al), so was ‘Galapagos Catshark’ because this was one of several catshark species from the Galapagos.  But clause #11 of the rules states: “Colorful, romantic, fanciful, metaphorical, and otherwise distinctive and original names are especially appropriate. Such terminology adds to the richness and breadth of the nomenclature and yields a harvest of satisfaction for the user”.  Bingo.  I had it.

Our new shark was dark, but with scattered light blotches.  It reminded me of the scene in The Life Aquatic with Steve Zissou where the elusive and deadly Jaguar Shark swam by Team Zissou’s submersible, un-illuminated, and you could see the dark body with the light spots as it swam by the observation windows. I asked my colleagues if we could name our not-so-deadly discovery the “Jaguar Catshark”.  After all, catsharks were already known for their “colorful, romantic, fanciful” names, like the Pyjama catshark, Lollipop Catshark, Mouse Catshark, and there were already a Tiger Catshark and a Leopard Catshark, so ours worked. With their OK, I passed along to my friend for his book, and when it will be published this summer, Sharks of the World will unveil the Jaguar Catshark to the world.

Sharks of the World
http://www.wildnaturepress.com/our-titles/sharks-of-the-world-7

2 Replies to “Not Quite the Shark that ate Esteban”