Some people might think I am crazy for waking up at 4:45 AM on a Sunday morning to tour a plane, but you would too if you got a chance to tour NASA’s supercool P-3B’s Airborne Laboratory. And I mean that literally with the bad pun intended. As part of Operation IceBridge, this plane is loaded with an almost obscene number of instruments and a mess of scientists to measure and map ice over the Arctic and Antarctic. For 6-weeks this spring, the P-3B will fly over sea ice, glaciers and ice sheets in the Arctic to figure out how much these different types of ice are changing. The data collected will be literally bridging the gap in ice data between the retirement of the ICESat satellite in 2010 and the launching of ICESat-2 in 2016.

You might be wondering why an oceanographer is so excited about an aerial ice mapper? Because about 12% of the world’s oceans are covered in the stuff! Sea ice affects currents, climate, charismatic mega fauna, tiny sea beasties and even internal waves! So now let me count the reasons why the NASA P-3B is the da bomb.

1) The instruments that make the science happen.

Did I mention there is TON of science equipment on this plane? Well there is. And all of it is amazing.

LIDAR AND RADAR: This is a plane with frickin’ lasers and radars on its belly! LIDAR lasers measure the height of snow on the surface, while the longer wavelength RADAR penetrates beneath the snow to measure the ice and terrain underneath. By combining the two measurements, a band of snow and ice thickness is mapped along the flight path, revealing all itty bitty bumps as small as 4 cm high! 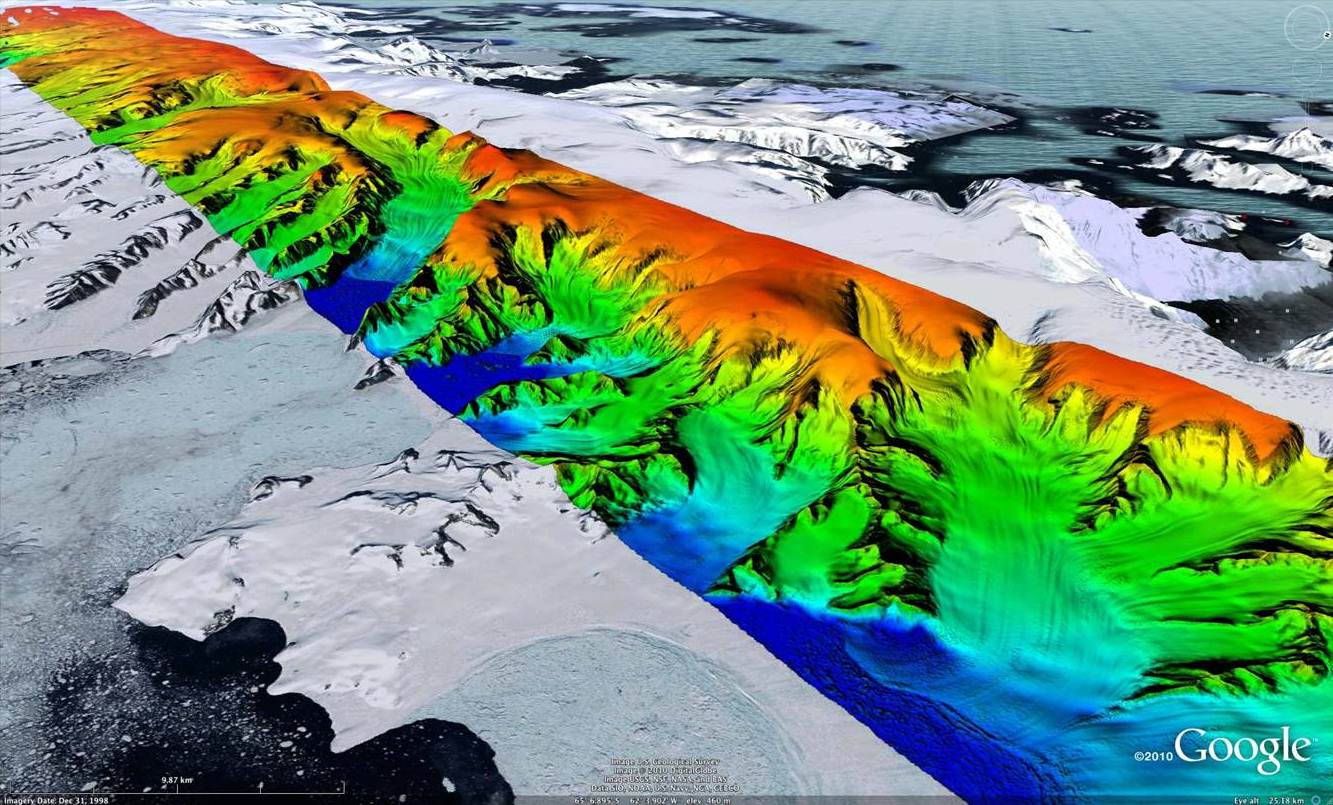 THE MEGA-CAMERA: Technically, it’s called a Digital Mapping System. But really it’s a giant camera that takes gazillions of 20 MegaPixel images while the plane is flying low. All the images are stitched together via computers to make amazing panoramas. Even more awesome the images overlap each other which means they combined to get 3-dimensional stereographic ice maps. Whoa.

Sticking together images to make an awesome sea ice mosaic! (image via NASA)

FANCY GPS: You can’t make an awesome map if you don’t know where you are dude. Also, if you are lost, pinnipeds are terrible at giving directions.

GRAVIMETER: I admit it. This instrument wasn’t actually on the plane when I got on. Nonetheless, I love it just for its data. By detecting tiny changes in gravity scientists can determine what lies beneath the ice. This could be seawater under the edge of a glacier or even more seaworthy, bathymetry under ice! And we oceanographers heart every opportunity for MOAR BATHYMETRY!

This prop plane, which is almost 50 years old, is a beast. And that is a good thing. Turbulence doesn’t knock it around as much as smaller planes, making it a relatively stable platform perfect for airborne ice mapping while flying only 1500 feet above the ground.

Can anyone find the eject button?

Before this plane gets anywhere near ice, the science team already has dozens of possible flight plans picked out. But which path the P-3 actually takes is actually determined that morning. Why? Because to get good ice data the weather has to cooperate. And so each morning forecasts are checked, routes are studied and the optimal path for awesome data is decided.  Even flight plans can be changed by the weather. The day before the plane got here, it decided to spend an extra day in Greenland to take advantage of great weather there, and the bad weather in Fairbanks. NASA, you are seriously flying by the seat of your ice cold pants. 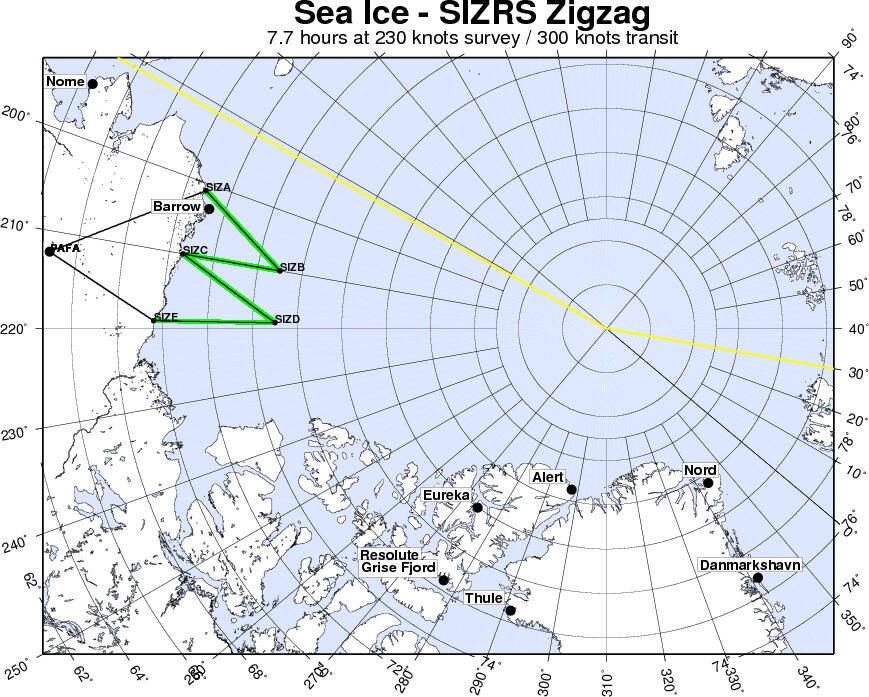 After I got off, the P-3 flew north and out over the Beaufort Sea. Cheers to makings some awesome ice measurements! 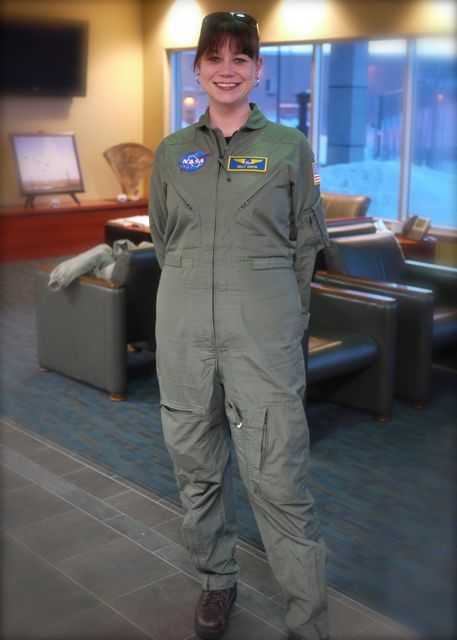 Green for winter, because NASA doesn’t wear their Khaki jumpsuits after Labor Day.

Thanks to the entire NASA Operation IceBridge team of scientists, flight crew and backup personnel for letting us tour the plane, being chipper at 6:00 am and answering all of our questions.

Sinead L. Farrell, a sea ice scientist at the University of Maryland has also written about her time on the P-3 http://essic.umd.edu/joom2/index.php/research/scientists-soapbox/1291