When I’m chillin’ in my underwater low low, I want to attract attention.  I can’t be doing that in some rusted out old tin can.  Sequester and budget cuts be damned!  Nope I going for the cheery red C-Explorer 5.  Me and 4 of my posse (Alex, Holly, Kim and of course T-Pain, sorry Al and Rick not enough room for more dudes) can roll right.   With a 300 meter depth rating, standard air conditioning, and 43.2 kWH Li-ion battery as standard, I’m set for 16 hours of straight bottom time.  The full 360-degree acrylic pressure hull allows us to see who may be riding up on us trying to catch us ridin dirty.  At a super fast 3 knots they better not even try.  Want to see more specs? You know you do. No word about hydraulic, drop top options, or how I could afford it. 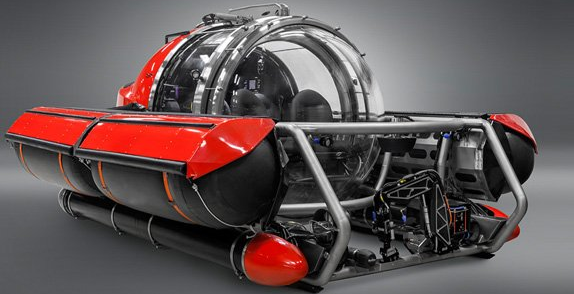