In my email several months ago Casey Burns, a field associate with the California Academy of Science, sent me a fantastic find.  The photo is a potential carnivorous sponge from the Eocene/Oligocene boundary at 33 million years ago.  The fossil is from the well-known Mist crinoid locality in the Keasey Formation of Northwest Oregon. Other sponges from the same formation have already been described. The site is thought to be ash-derived mud and estimated to be about 600 meters. The original collectors of the beautiful specimen were Lori and Rob Healy.

Here is the fossil

And here is a contemporary and Cladorhizid species. 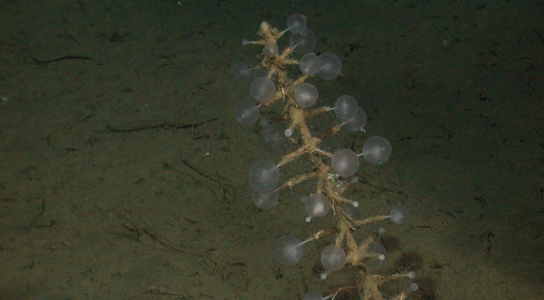