I keep getting this article about giant spying robotic jellyfish in my newsfeed, which quite frankly just cracks me up every time. Don’t get me wrong, I think the technology is really cool. But I keep having these ridiculous visions of tiny maritime Napoleons screaming “DEPLOY THE SMACK”

But why should diminutive dictators have all the fun? I WANT MY OWN ROBOT ARMY. I mean if I am going to explore the mysteries of the ocean I might as well do it in style. So here is my

First to be released is my fast-moving school of ROBOT FISH. All will be overwhelmed by their shear numbers.

Some will deployed in “Hamster Assassin” mode to dispose of the competing ocean exploration programs.

Think you could escape by heading to land? ROBOT SQUID and ROBOT FLYING FISH will HUNT YOU DOWN. 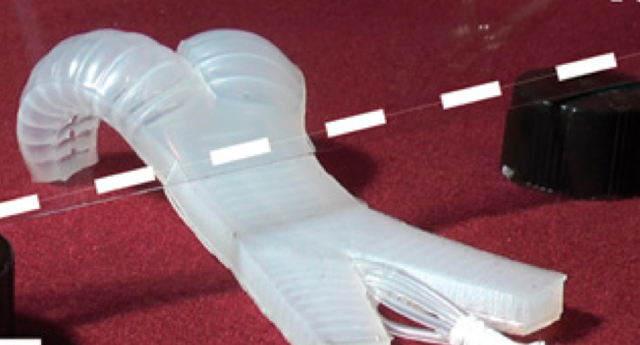 For the final pillaging sweep, I send ROBOT OCTOPUS to grab all the things.

Robot Octopus wields its tentacles that will crush you with their metal cores
[SOURCE:http://spectrum.ieee.org/automaton/robotics/robotics-hardware/robot-octopus-shows-off-new-sculls]

And finally, not even your innards are safe from ROBOT MERMAID as it enters your gaping, terrified mouths and swims into your digestive tract.

Of course, of all of these ocean robots will be deployed with CTDs. Because what’s the use of taking over the ocean if you can’t sample it?

This post was inspired by a conversation @WhySharksMatter who planned on escaping skynet in the ocean. You can run, you can swim, but you can’t hide…