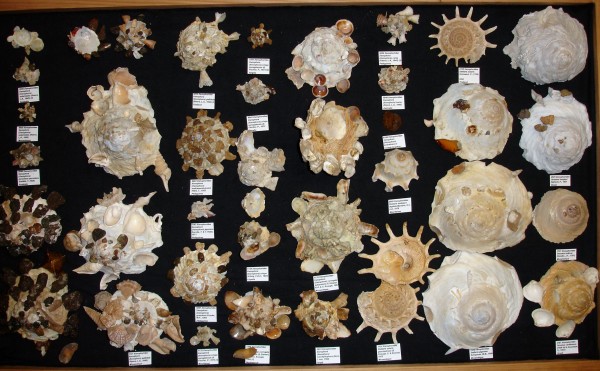 Readers of DSN may think they know my favorite organism. Did you guess the giant isopod or did you guess the giant squid?  Those beasties are truly fantastic.  Large and dwelling in the deep oceans, they both check two of my boxes for awesomeness.  Yet, I’m drawn to another animal. A handful of species that is neither particularly large nor particularly deep in their affinity for habitat. Three groups of Xenophorids exist. Onustus with four species and Stellaria with five species glue small things to themselves but most of the shell remains exposed (>70%).  In contrast the Xenophora with about 20 species is ostentatious in how much bio-bling they will put on themselves.  They are the Mr. T of gastropods. You can see some great examples at ebay.  Though I would encourage you not to purchase any of them as they are often collected live. 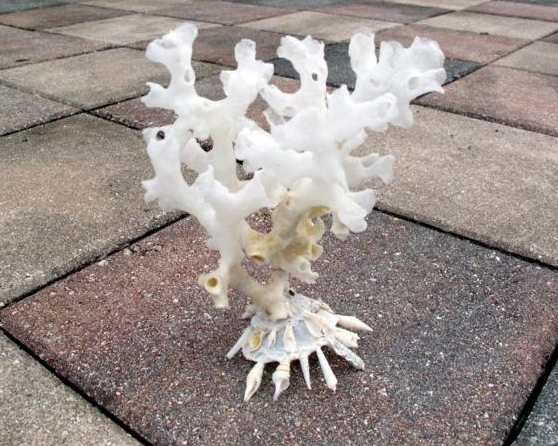 But this is just the start! Xenophorids do not dissuade neighbors from joining the party on their own volition. Shells can have sponges, corals, hydroids, polychaetes, brachiopods, and sea squirts.  I’ve personally seen specimens that have sponges 5 times larger than the actual carrier shell.

Given that Xenophorids date back to the Jurassic, they are the true originators of bling.

6 Replies to “The masters of bling, carrier snails”