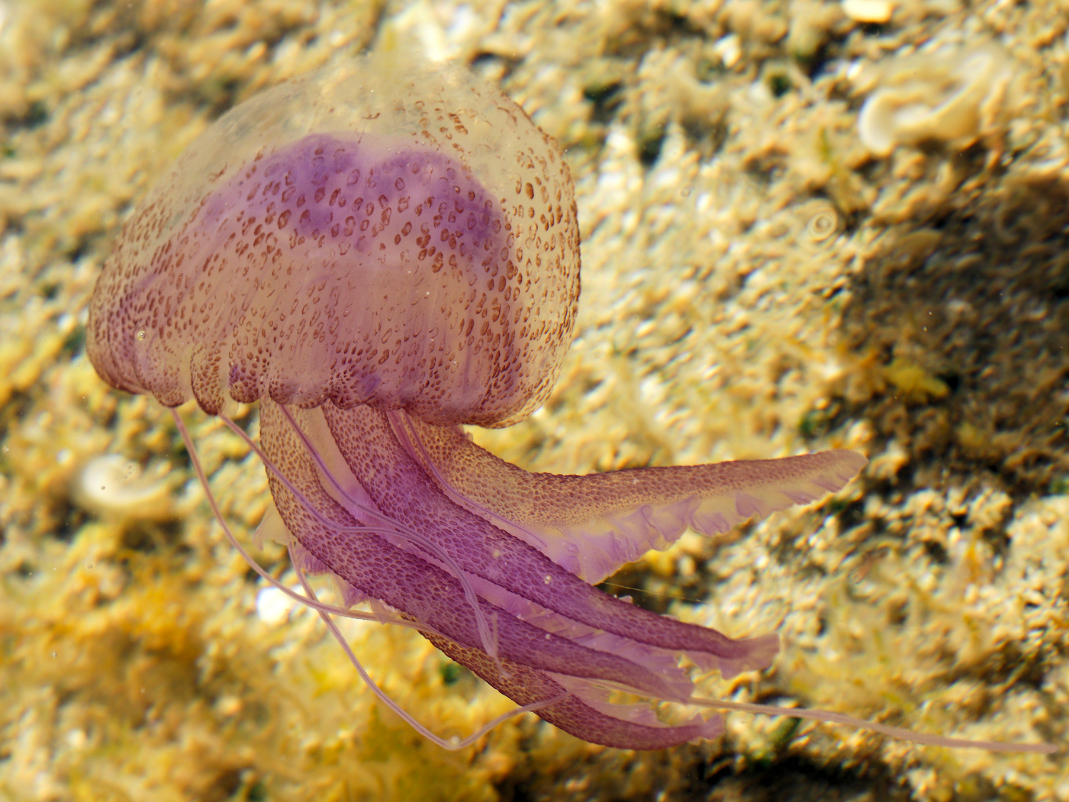 Update: exactly three months after I wrote the original article below, this same species has hit yet another salmon farm in Ireland  (21OCT13). It is my hope that increasing our efforts to study this species will mean we’re better able to predict when and where they occur, to help protect people and businesses from this very stingy jelly.

According to the Facebook group The Big Jellyfish Hunt, as of  today (21AUG13) at 2:00 PM EST the mauve stinger jelly Pelagia noctiluca is washing ashore by the thousands on Dingle Peninsula, Ireland. Large swarms of this jelly can have a major economic impact; In 2007 a massive mat of jellies over 10 miles wide decimated a salmon fish farm in Northern Ireland, costing over $2 million in damages. It also packs an incredibly painful sting that can bruise skin, and poses a risk to beach-goers, and not just those around Dingle Peninsula. Jelly swarms often move, and beach-goers in Ireland and the United Kingdom should be on the lookout for orange and purple jellies, reporting any sightings to The Big Jellyfish Hunt, which monitors jellyfish in the Irish Sea, or the international monitoring team jellywatch.org. For those stung, I recommend rinsing the area with salt water, and scraping off remaining tentacles and stinging cells with a credit card edge or handful of sand. Lidocaine neutralizes stinging cells in a related species and will also dull the pain. This is a beautiful and poorly understood jelly, and best watched from a safe distance.

4 Replies to “Breaking News: Dangerous and costly jelly washing ashore in Ireland by the thousands”