I’ve long thought of echinoderms, a group that includes sea urchins, starfish, and sea cucumbers, to be among the most alien-like animals. I did not, however, think of them as their own little alien worlds. At least not until an amazing echinoblog post, put together by echinoderm world expert Christopher Mah, showed me the wonder that is The Sea Urchin Test (photo-y goodness below).

Sea urchins don’t have shells, but like humans they have an internal skeleton, which gives their otherwise mooshy body that nice, spherical shape. This internal skeleton is called a “test”, and it also has little cutesy bumps where the spines attach.

With all the night lights and lamp fixtures people feel the need to glue these to, I thought I’d seen all there was to see of sea urchin tests.

HECK. NO. As a sci-fi lover at heart, I want nothing more than for the amazing images below, created by very talented “matt the monkey“, to be the landscape of the next block buster epic. Not only do they look like future worlds, they were created with pretty futuristic technology.

Though scanning electron microscopy (SEM) has been around for a while, it still blows my mind. Images are made by first coating the sample in a fine layer of gold (GOLD SPIDERS!), and then hitting it with a beam of electrons. The electrons interact with the sample, and these interactions are captured by a detector, called (I’m not even kidding) a “scintillator”, which gives off light to make images (check out this retro video for more SEM goodness). In other words: Pretty. Damn. Cool. 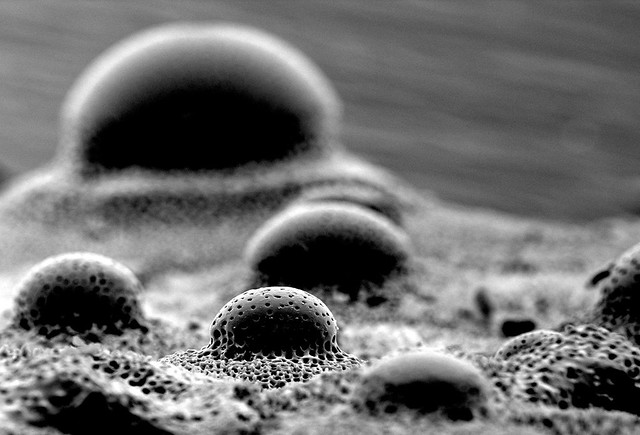 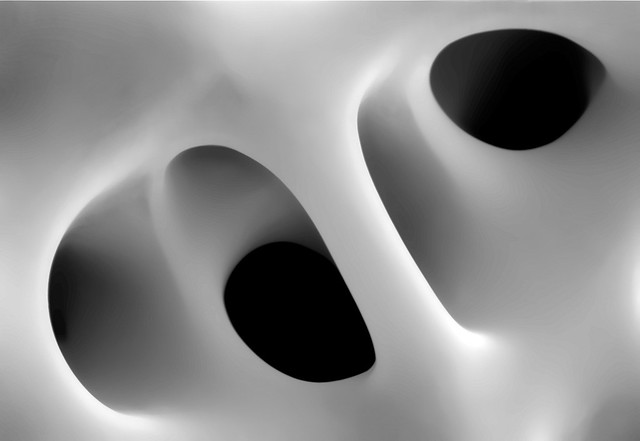 Inside of a future ship, or closeup of test? 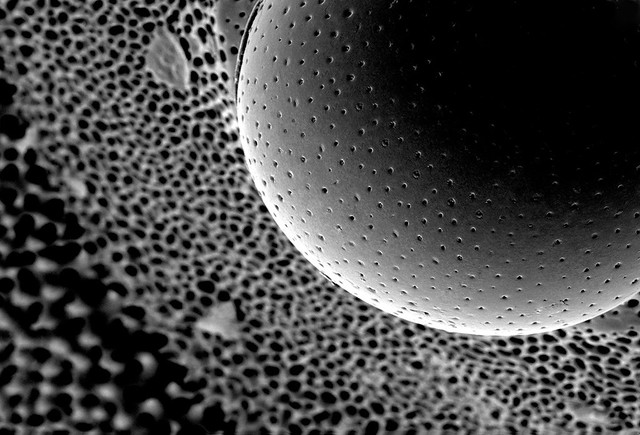 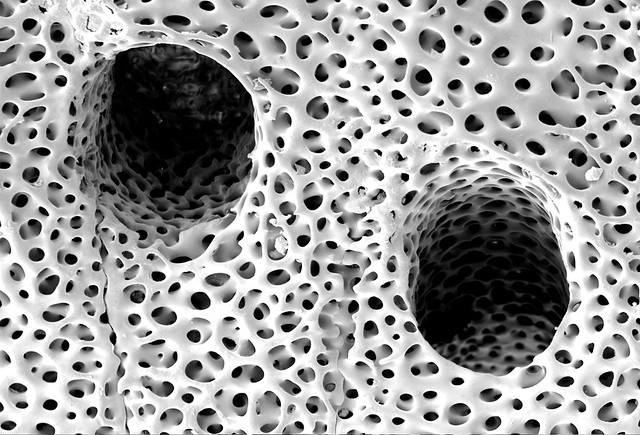 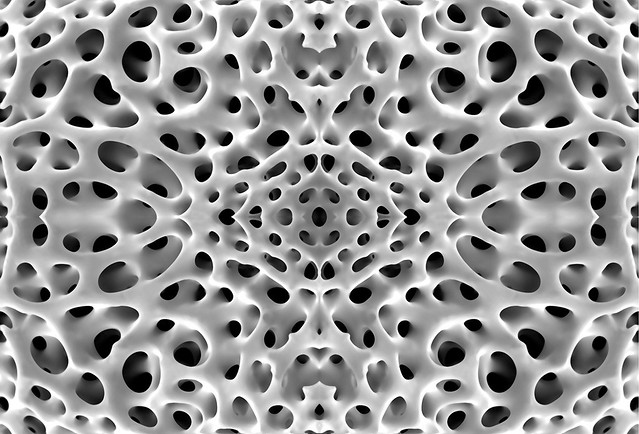 I’m pretty sure I actually saw this in 2001: A Space Odyssey…

4 Replies to “The landscape of a sea urchin”